Moyna Garh is a very unusual tourist spot that we discovered near Tamluk in East Midnapur. It was a fort with two moats surrounding it and it looks like an island inside an island. The fort has now been swallowed up by time but there are two ancient and very beautiful temples that are still there.

These are some of the pictures that we took there 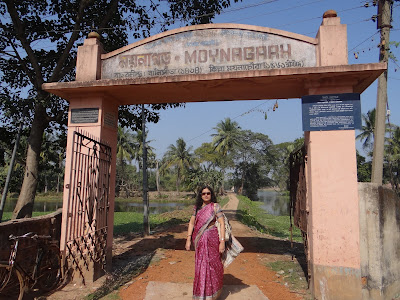 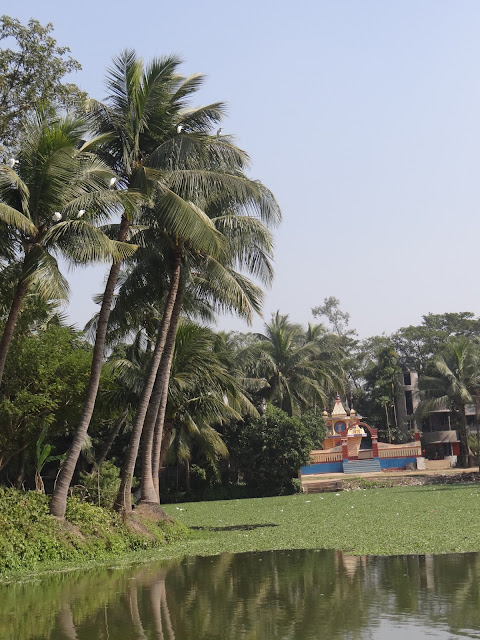 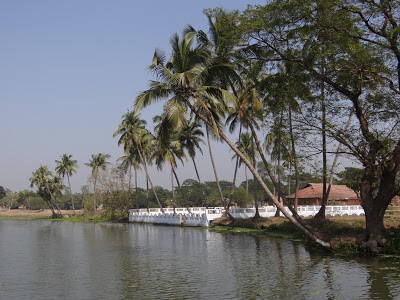 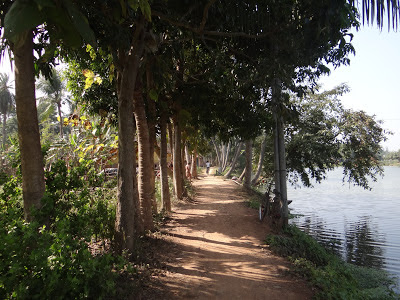 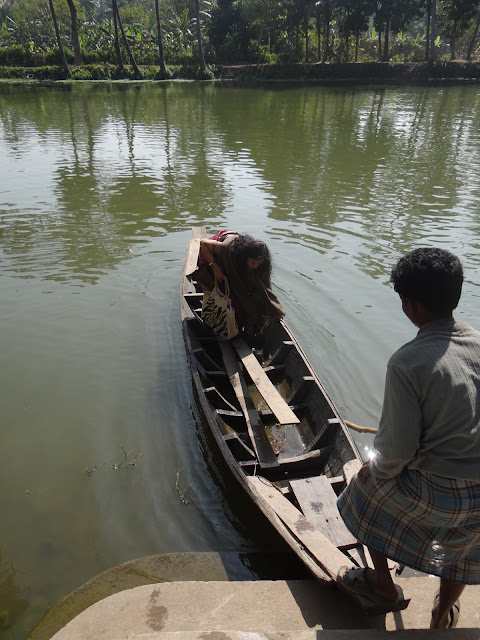 the few boats that are available to ferry people had stopped plying by the time we reached around noon. However we managed to motivate on boatman to allow us the use of this rickety boat to reach the inner island 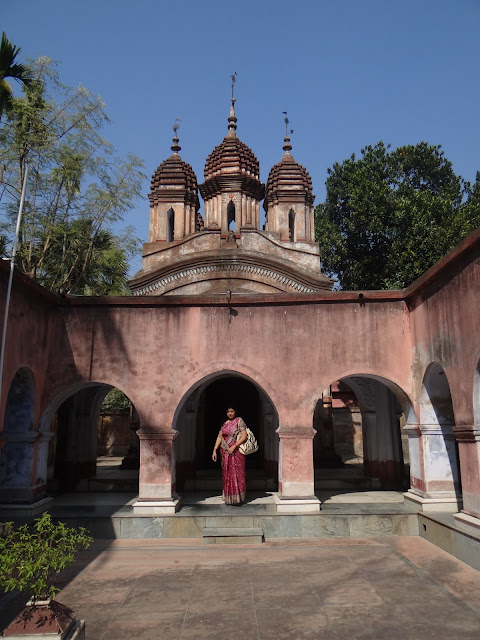 This is a very ancient Radha Krishna temple. It comes alive during the Ras Festival in October-November 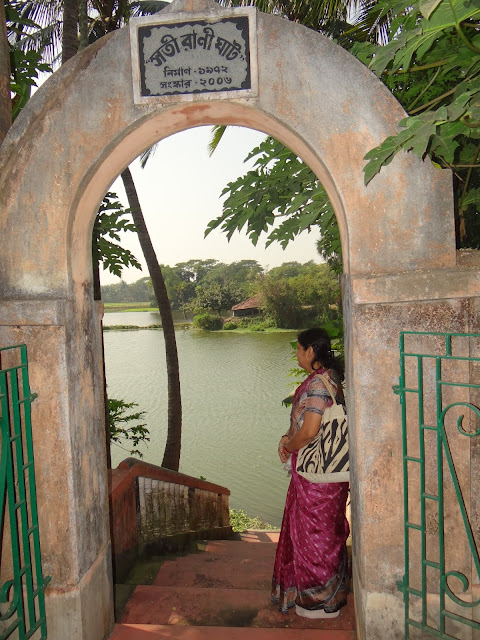 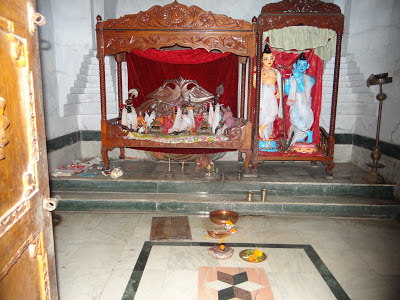 This is the deity that is taken out in a beautiful, illuminated boat on the occasion of the Ras Festival 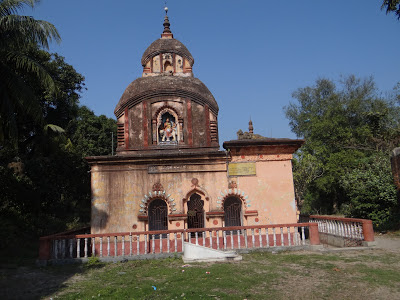 This is the Noukeshwar Shiva temple. The Noukeshwar ( Lord of the Boats ) shivalinga is deep underground and the place gets flooded during the monsoon floods 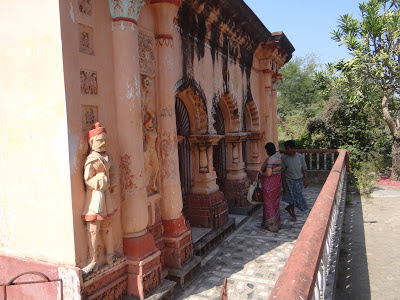 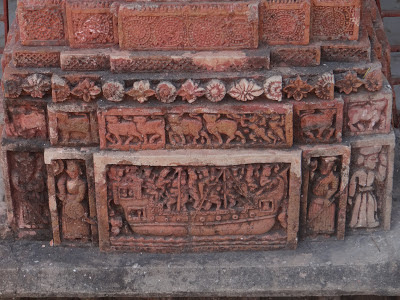 In celebration of Lord Noukeshwar 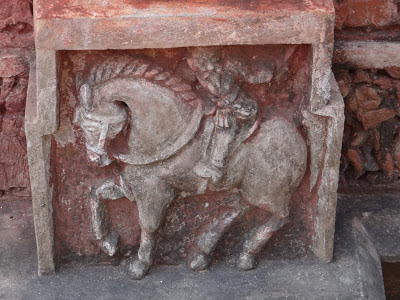 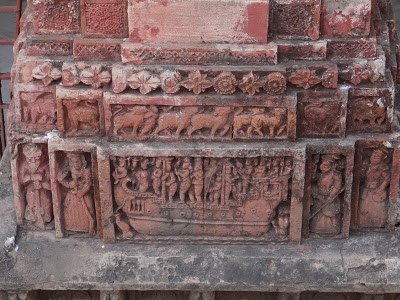 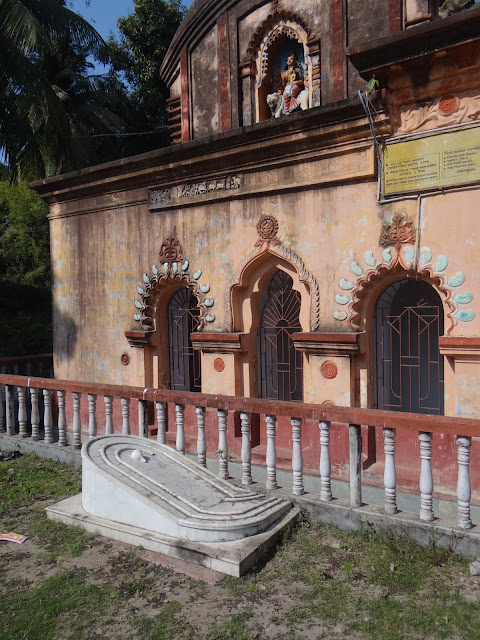 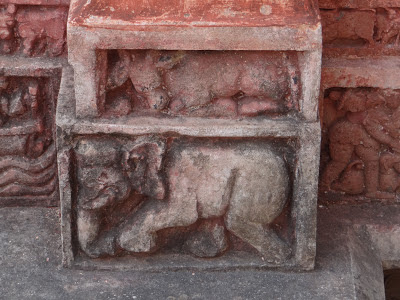 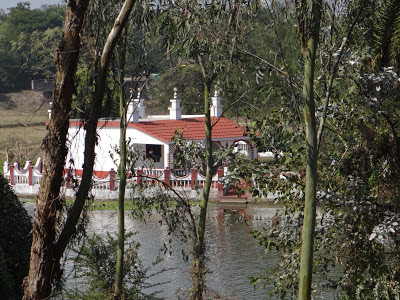 Moyna Garh is not too difficult to reach. Take the Bombay Road ( NH6) to Kolaghat and then turn south on the Haldia Highway and drive to Nouturi ( about 20 km). Turn right towards Srirampur and drive 12 km. Once you reach the town of Moyna ask for the Raj Bari

I do often visit this beautiful island fort. And do have the opportunity to meet the prince there. Also, I was able to get a copy of book written by him on History of Moynagarh, named "Killa Moynachaura"( written in bengali).
P.Chatterjee, Jamshedpur