The current national outrage about the absolutely heinous and brutal rape in a Delhi bus is understandable but in our anger and frustration we are missing the wood for the trees. Well meaning ( and good looking ) participants in TV channels are asking for anything ranging from castration to capital punishment and criticising everyone from the police to the judiciary  ... but hardly anyone is interested in identifying that elusive "deeper" cause ! 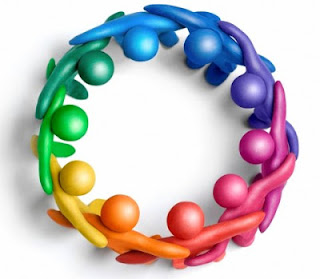 
Because if one were to pause and think, it will become clear that this rape is a symptom and not the disease. When you get a high fever, the fever is not the disease -- it is merely a symptom of malaria or dengue or something worse. Trying to cure the fever by throwing ice water would not work -- you need to drugs to kill the bacteria. And for that you need to find the cause.

In fact, that cause is quite well known. From the personal rape to the nationwide CWG / 2G / Coalgate scam to localised aberrations like the Ponty Chaddha empire, what we see in India is a complete collapse of governance. Every institution, and I repeat each and every one, bar none, have been compromised and are unable to function. Law enforcement -- police, CBI, ED, Income Tax -- does not enforce the law and the judiciary has slowed itself down to the point of utter irrelevance.

Why ? Because no one in any position of authority has either the will or the authority or even the ability to do anything.

Why is this ? Because no one in any position of authority, either elected or appointed, has reached that position by dint of merit. He or she is there because of money power. This is obvious for elected positions but is equally true for appointed positions. Given the circumstances, it is impossible for anyone to reach these positions without significant investment.

Why would anyone make such an investment ? Because the returns are stupendous. Any position of power or authority, whether elected or appointed, is an ATM -- any time money !

So the collapse of governance is directly linked to the depth of financial corruption in a society. Is military rule the solution ? Sorry, look at Pakistan and you will recoil from that option. Can a nation or society extricate itself from this quagmire of corruption ? Or is it an inevitable consequence of the turning of KaalChakra, the Wheel of Time, that has brought us into KaliYuga ?

Well, we could leave it at that and wait for the KaalChakra to move on to the next SatyaYuga but in the meanwhile let us try out some KaliYuga technology !

Since the root of the entire problem is money, specifically, public money spen though Government hands, let us mandate that all transactions of public money, irrespective of the quantum and the location must be accounted for in a national level, computerised financial accounting system.

On the face of it, this looks like a stupendous task ! But is it ? If Aadhar can be envisioned to track down every individual person in this country this could be much easier because
Once this nationwide accounting system is in place, its data at the highest levels of granularity should be placed in the public domain through the web as a default execution of the Right to Information. Sensitive data from the Armed Forces can be excluded for security purposes.

When all institutions of governance stand compromised, transparency is perhaps the only way that the people of India can take a stand to guide their destiny and an automatic, nationwide financial accounting system is perhaps the best way ensure this transparency. RTI as a principle exists but is too slow and unwieldy to address the huge problem that we face.

When India was faced with famine in the 1950s and 1960s the only way out was a huge technology push in the form of the Green Revolution. Despite criticism, that technology push helped us survive to fight another day. Today it is not famine but it is corruption that threatens to swallow us. Once again we need a massive technology booster to push us through.

There could be two challenges that could threaten this approach. First, lack of skills. Can our government processes and employees be re-oriented in a manner that makes this transition possible. The answer is yes. It is a matter of training and change management. It will take time but is certainly well within the domain of feasibility.

The second and more bigger challenge is the acceptability of this idea to people in power and authority. They are smart enough to know that this will totally upset the power structure on which they rest and will do everything possible to derail this new threat. But even if a couple of key individuals can take this idea through the benefits will enormous.