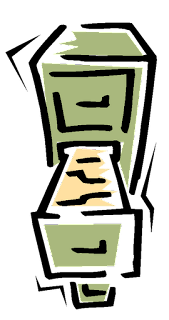 But before we explore these two aspects, it must be understood that, like privacy, the issues and ethical questions raised here are neither exclusive to nor a consequence of the usage of IT products and services. Freedom of information is enshrined in the constitution and governance structures of most modern and liberal nations but the scope and impact of this freedom or the lack thereof is greatly expanded by the use of modern tools of information dissemination, namely, the Internet and tools like websites, blogs, social media platforms, email, chat rooms, instant messages and others. Hence freedom of information takes on a new importance and urgency in this Age of Information.

Digital media, particularly blogs and social media allows anyone with access to the Internet to broadcast his or her thoughts to every corner of the planet that is digitally connected easily, swiftly and a very low cost. However the right to say anything is necessarily circumscribed by the corresponding and complementary rights of those who are impacted by what is being said.

In India, the Freedom of Speech and Expression is guaranteed by the Constitution under Article 19 and in the United States, where most of the IT enabled media platform are  hosted, this same freedom is guaranteed under the First Amendment. None of these constitutional safeguards are specifically directed at users of IT products and services but are nevertheless generally considered applicable as being universal in their ambit.

But these constitutional safeguards also have built in provisions to guard against the negative aspects of freedom of expression. In the US, for example, the First Amendment protection is not available for obscene speech, defamation, incitement to panic, crime and sedition and “fighting words”. Similarly in India there are laws in place to prevent obscenity, pornography and incitement to communal hatred, sedition, terrorism and other anti-national activities.

What constitutes a violation of each of these exclusions is a matter of great debate -- for example, images of naked humans engaged in sex is considered pornography if depicted in movies and magazines but is considered heritage art to be proudly showcased to tourists at Khajuraho. Since it is impossible for the Constitution to come out with specific definitions for each category of exclusion that is applicable across all places and all times, the decision to extend or deny protection is left to the discretion of statutory bodies that includes the judiciary and other government agencies. In India, the Information Technology (Amendment) Act 2008 is the operative legislation that regulates freedom expression on digital platforms and unfortunately its provisions are generally more restrictive of freedoms than what many people, including the author, believe that it should be.

Closely associated with the freedom of expression is the issue of defamation and privacy. Freedom of expression does not allow the propagation of falsehood and there are laws against defamation that can be invoked by individuals who feel that they have been adversely impacted by deliberate falsehood. These laws generally target slander or oral defamation and libel when the defamation is written and can be used against information published on digital platforms as well.

But even if the information that is published is true and hence does not fall under defamation, the act of publishing this information -- for example a person’s medical history or condition -- can fall foul of the right to privacy that was discussed in an earlier section. This is where we leave legislative and regulatory jurisdictions and enter the domain of ethical debate. Is it appropriate to publish information about the medical condition of a public figure ? Usually the answer is no but then one is haunted by the thought that if Jinnah’s impending death from lung cancer was known, the independence of India might have been delayed and the partition of country may have been avoided.

While what constitutes pornography or libel or sedition would differ across legal jurisdictions and may allow the publication of the same material to be legal in one country but illegal in another, the essentially borderless nature of the digital world -- through Internet platform like website, blogs and social media -- raises the issue of what should be accessible to people. For example, users in China are not allowed to talk about the 1989 massacre of protesters at Tiananmen Square but the Internet contains a lot of information about the same. So is the case with explicit X rated pornographic movies that are not allowed in India.

Obviously, the ethical questions to do not have universally accepted answers and the only operating principle that can be applied is that what is protected by the freedom of expression is should also be permissible under freedom of access. But because of different definitions of acceptability, individuals and more importantly nation states -- particularly totalitarian states like China, Iran and to a certain extent even India -- do try to put restrictions, sometimes temporary restrictions, on what is accessible to its citizens. The technology to do so is generally available but difficult to implement and it is possible for technically competent individuals to circumvent the same. But whether they should do so and what should be the punishment for violating the law is matter is something that goes beyond ethics and into the domain of criminal law.

One important topic that has been deliberately excluded from this chapter is the nature of and preventive measures to be used against computer crimes like hacking, phishing, identity theft and electronic fraud. This is because these are not matters of ethical debate -- there is complete consensus that these are criminal acts and so the law of land is applicable in its totality. For example, hacking into a computer, inserting a virus program and causing it to stop operating is absolutely no different from surreptitiously entering a bank, exploding a bomb and causing a disruption to banking services. There are no ethical issues here -- just a matter of choice of technology. The law does not discriminate between a bomb made of RDX from one made from ammonium nitrate and this indifference to the technique extends to software “bombs” like the Stuxnet virus that caused a total breakdown in Iran’s nuclear processing capability.

In this chapter we have addressed some important ethical issues that confront IT professionals and three specific issues -- intellectual property, privacy and freedom of information --  that are of interest to the public at large who use IT products and services. Unfortunately there are no universally valid and acceptable answers to the questions raised nor are there specific guidelines on how these issues are to be resolved. Social mores and conventions specific to the time and place where these issues are raised will guide and dictate how these issues will be resolved.

What is reassuring however is the fact that the ethical issues that arise in the usage of IT products and services are essentially no different from the ethical issues that the underlying society is expected to address in any case. Mature societies have in general arrived at solutions to these issues that are acceptable to most members and the introduction of IT products and services poses no disruptive threat to the process of arriving at a consensus, however novel and innovative the technology, products and services may be.
Concluded. Part IV of 4
Inspired by and partially based on : Ethics in Information Technology, Reynolds, G.W., Thomson Technology. http://www.worldcat.org/title/ethics-in-information-technology/oclc/71193660
Posted by Prithwis at 2:53 pm

You have proved that why Information Technology is still best study and field. This is very well written post which is guided us wonderfully about freedom of information.