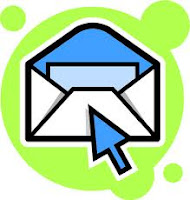 On 10th January 2010, Mark Zuckerberg, the founder of Facebook -- the world’s largest gossip and chit-chat facilitation platform with nearly a billion active members, in a six minute interview on stage with TechCrunch founder Michael Arrington told a live audience that if he were to create Facebook again today user information would by default be public not private as it was for years. This statement highlights an issue that has been debated in IT forums for a very long time.

To put things in perspective, let us first identify the three types of channels through which personal data is revealed :


None of these three channels are exclusive to or have been created by information technology but the usage of IT products and services has significantly expanded the bandwidth, or capacity, with which these channels can operate. What this means is that the ability to collect, store, analyse and disseminate or otherwise exploit this information has increased to such an extent that any inappropriate usage of this information can have consequences that can adversely impact a large number of people.

Ethical questions crop up on the issue of what is appropriate and what is not. For example ..

An even larger question is, not what is appropriate, but who decides what is appropriate ? In each of the cases mentioned above and in all other similar situations while there will always be someone who believes that the usage of the information is appropriate and there will, in general, be someone else who believes that it is not. What is worse is that there will never be an unambiguous and objective way to determine who is right except of course in the case of a narrow set of situations where the law of the land takes an explicit stand.

How is this done in practice ? There are two approaches that can be followed for collecting data legitimately

Issues related to deliberate collection of data is easier to handle. If personal data has been released or collected using either of the techniques described above then collecting this data either from the legitimate owner of the data or from the public domain, if the legitimate owner has placed it there, is perfectly acceptable. This is the basis of all legitimate market research and demographic studies. Any other way of collecting data, including but not restricted to patently illegal activity like hacking – unauthorised access to computers and communication equipment for the purpose of extracting or modifying data – is totally unethical. Rupert Murdoch’s hundred year old bestselling publication “News of the World” had to cease operations in 2011 when confronted with evidence of this illegal activity.

Even easier to address is the issue of personal information obtained by statutory bodies, like the police or other Government agencies, on the basis of explicit rules, regulations and laws. Whether an individual wants it or not, these agencies have the explicit legal mandate to, for example, intercept telephones and email, demand information from service providers like banks and telephone companies, or as in the case of Census or in issuing PAN or Aadhar numbers demand personal information on income, address and even biometric parameters like fingerprints and iris scans.

But while this issue is easy to address at the operational level -- the immediate transaction that results in the collection of data is immune to ethical or legal uncertainty -- the larger issue of whether the law is right or not or whether there is an adequate safeguard against misuse is always a matter of great debate. While there are many reasons why personal data should be collected by Government and used for benefit of society as a whole, there is also enough evidence of totalitarian and non-representative governments that have used such data for activities that are prejudicial to welfare of the population at large.
To be continued. Part III of IV
Posted by Prithwis at 9:06 pm