Ethical Issues in Information Technology - I 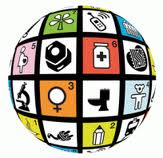 In its early days, India as a nation with a burgeoning population and cheap labour was a hesitant user of what was viewed as labour-saving computers and even today the level of penetration of this technology is low when compared to the more mature economies. However the profession exploded into the mindscape of the Indian population on the back of the immense employment opportunities that surfaced prior to the Y2K scare -- when panicky American companies were on a desperate search for computer programmers to make changes to ancient computer programs that were expected to malfunction at the turn of the century and bring the computer dependent economy to a grinding halt. Whether the panic in the US was justified or not, the fallout for India was very beneficial as hundreds of companies took advantage of the opportunity to not only earn a lot of immediate money but also to lay the foundation of a vibrant profession that is anchored by mega-corporations like TCS, Infosys, Cognizant and Wipro that employs lakhs of programmers today.

While programmers are the most visible members of the IT community, the range of people who claim to be IT professionals is quite diverse. At one end we have the mathematicians who practice computer science while at the other we have people who install and repair our laptops and in between we have programmers, systems analysts, architects, network specialists, database administrators, hardware engineers and many other job descriptions. Unlike doctors, lawyers, chartered accountants and company secretaries there is no statutory body that certifies a person as anIT professional nor is there any specific educational qualification that is either necessary or sufficient for a person perform any of these roles. So the definition of an IT professional can be expanded to include anyone who delivers a product or service related to  digital devices -- including but not limited to computers, telephones, gaming consoles, industrial equipment and other components of a modern society.

Once we have identified an IT professional it is easier to identify the categories of people that the professional interacts with and the ethical issues that emerge with each kind of interaction.


Many of these issues are certainly not unique to IT professionals but some of them are more common in their occurrence because of the nature of products and services provided by the IT industry. For example :


Most of these issues can be categorised into three major areas of concern : Intellectual Property, Privacy and Freedom of Information that we explore in greater detail in subsequent sections. However what makes the issues difficult to address is the fact that from a legal perspective, IT workers are not recognised as professionals since there is no statutory mechanism to “license” them to practice as in the case with doctors -- the Medical Council of India, lawyers -- The Bar Council of a particular court or chartered accountants -- The Institute of Chartered Accountants. As a consequence there is no statutory body that can adjudicate on the correctness of their behaviour. Nor is there any legally enforceable code of conduct -- other than the law of the land -- against which debatable behaviour can be measured which in turn means that an IT professional cannot be held legally liable for professional malpractice. However this is equally true for many other service lines like banking, insurance or even education but unfortunately that is no excuse to either duck the debate on ethics in the IT industry or, what is worse, use it as a fig-leaf to hide behavioural traits that are indeed unethical.

to be continued : part I of IV
Posted by Prithwis at 4:24 pm

You missed Employers fudging numbers Satyam Style. But guess that is not IT Specific issue.

Unknown said...
This comment has been removed by the author.
4:52 pm

So the issues of ethics in information technology are as universal as ethics in general. wordpress urdu video tutorial sites

Imbued with a message from the past, the historic The conservation and restoration of monuments
of generations of people remain to the present day as living witnesses of their age-old traditions. People are becoming more and more conscious of the unity of human values and regard ancient monuments as a common heritage. The common responsibility to safeguard them for future generations is recognized. It is our duty to hand them on in the full richness of their authenticity.
It is essential that the principles guiding the preservation and restoration of ancient buildings should be agreed and be laid down on an international basis, with each country being responsible for applying the plan within the framework of its own s
For more information click hare::