Yesterday I had the pleasure of seeing the Pirates of the Caribbean : On Stranger Tides along with my son and was really impressed with the quality of the 3D technology. Not only was the spectacles that we used lighter but what was more important was that even with the 3D spectacles on, I did not have any difficulty in seeing the non 3D parts of the various movie trailers as well as the other people within the movie hall.

Which sets me thinking -- what would happen if our normal spectacles were enhanced with this 3D capability ! 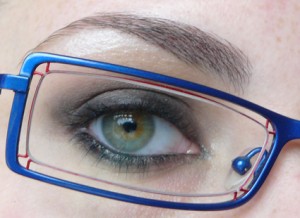 Television manufacturers seem to very gung ho on 3D technology and most Japanese manufacturers ( are there any non-japanese manufacturers  ? ) have already placed their products in their market. A recent ad by Samsung claims that even non 3D content can be made into realistic 3D imagery with the press of a button and the use of the correct 3D spectacles. This could lead to an explosion of 3D content and if the success and quality of 3D movies in theatres is anything to go by, then we can safely assume that in the next five years almost all visual content will be in 3D! The same thing would apply to content seen in non TV displays like computer monitors, game consoles, tablets and smart phones.

Given the proliferation of 3D content, why should we have to get special 3D spectacles for each gadget that we need to use ? Why not create general purpose spectacles that can be used across all 3D content ?

For this to happen, we first need some standardisation in terms of 3D display technology -- which is something that is certainly not impossible to achieve.

More importantly, why can we not build in this capability into the normal spectacles that we -- people with myopia or hypermetropia -- regularly use ? Today's spectacles are already enhanced with anti-glare, anti-UV, polarisation and many other technologies so it may not be too difficult to include 3D capability as an add-on that we can buy from the various spectacle-lens manufacturers. With these spectacles we will be able to see any 3D content being shown on anything ranging from giant movie screens to small hand held smartphones without any further ado. In fact the entire electronic media around us will automatically become far more realistic.

In an earlier post  ("Cellphones - the next generation" ) I had explored how a humble pair of spectacles can be enhanced to become the key access device to a whole world of visual information. In another post on the imminent convergence of the real and the virtual world ("Beyond Virtual Worlds -- Patterns of the Future" ) my hypothesis has been that 3D will become so ubiquitous that the border between the real the virtual will become very fuzzy.

For those of us -- and we are not a minority ! -- who have defective eyesight, a pair of spectacles is a very important device with which we see, explore and understand the world around us. From the perspective of the my earlier posts, I believe that this device will or perhaps could, play a very significant role in the way everyone gets to -- literally -- see the world.

As a first step in this direction, may I suggest that companies that manufacture spectacles explore the myriad opportunities that may be exploited with this device -- it can certainly do much more than simply correct defective vision. Wonder who will be the first to overcome the myopic short-sightedness associated with a pair of spectacles today !
Posted by Calcutta at 10:24 am