The Philosophy behind James Cameron's Avatar 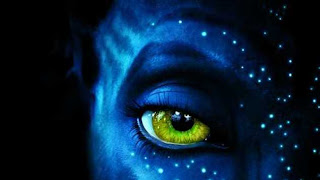 James Cameron's Avatar is old wine in a brand new and spectacularly brilliant bottle. There is nothing new in the plot -- especially for those of us in India who have been following land acquisition battles in the tribal belt -- that pits the indigenous people as the underdogs who are battling to save their forest-based way of life from the clutches of a global ( universal ?) megacorp. Latched on to this main plot is a cameo sub-plot of a cute little love story between two individuals Jake Scully (Sam Worthington) and Neytiri (Zoe Saldana) from the two opposing camps, which again is nothing to write home about.

But what makes the movie remarkable and memorable is the concept of transferring identity and consciousness ( "soul" ? ) across two bodies -- one of which is a genuine human and the other a synthetic Na'vi humanoid. Cameron has referred to this synthetic humanoid as an Avatar which periodically receives -- and is animated by -- the hero, Jake's soul. The avatar analogy that Cameron has adopted from the world of Second Life and equilvalent MMORPG platforms is perhaps incorrect here. In an MMORPG, we have a physical entity ( the player ) and a virtual digital entity ( the avatar ) and both are ( or could be ) simultaenously active. In this movie, both entities are "real", physical entities only one of which is active at any time and this situation is referred to in Hindu mythology as the process of Parakaya Pravesha -- or entering into another body. Sankara is supposed to have done this when he was challenged with a question on sexuality, that a celibate like him should have failed to answer. However he is said to have temporarily left his body, entered that of near-dead king, learnt enough to answer the question and then left the king to die, reentered his own body and concluded the debate.

The concept of transmigration of the soul is also addressed with the injured bodies of Grace ( Sigourney Weaver) and Jake the paraplegic ex-marine who is the hero of the story. It fails in the first case -- Grace dies and her soul merges with the infinite,  but is successful in the second and Jake's soul leaves his damaged human body and takes refuge in his Na'vi Avatar.

So much for the philosophy of Avatar but what made all this philosophy palatable -- actually quite enjoyable -- is the superb special effects with which the world is recreated. I wish I could have done a trillionth part of all this in my own movie Are You Real ? but then, I am no James Cameron

Another interpretation of this movie in terms of the Hindu concept of Avatar is available in this subsequent post. You may also consider buying a copy of the Road to pSingularity, that explores Hindu philosophy in terms of modern science and technology from my Bookshop@Yantrajaal.
Posted by Calcutta at 11:32 am

nice review and apt analogies. The sankara part was an eye-opener

Had the same thought about the land acquisition when I saw the movie, good analogies - it's a commercial movie - so the movie can be accepted in it's current form.

I saw Avatar today. Back home, I searched the web to see if there are any philosophically-minded viewers and what they have to say about the movie. I didn't expect Avatar would be so entertaining, but what comes to me as the biggest surprise is finding somebody mention Zhuangzi in connection with it! I agree with you that Zhuangzi is relevant here, for one thing, because of the overt resemblance of the identity transferrance device and the butterfly dream. In fact, I would go this far to say that Zhuangzi philosphy can be taken as a Chinese literary expression of the Hindu Advanta philosophy, wondering if there might be some archaeological evidence unearthed someday to prove the Chinese philosopher had actually been previously exposed to that Hindu school of thought. The motif of Zhuangzi's work is so different from that of his contemporaries and so inadequately appreciated by posteriority that the philosophy is more like the result of the influence of an alien culture. By matter of chance, I had the luck to study the teaching of Sri Nisargadatta Maharaj. I once mused that Maharaj could be a reincarnation of Zhuangzi! Back to the movie, some viewers remarked that the Na'vi's blue skin is an allusion to Lord Vishnu's blue appearance. I like this point, but all in all, I think Avatar is more entertaining than philosophical; unlike Matrix, philosophy here is more like a backdrop than a burning question.

I like your "are you real" video, and I also like to think about and know more about these identity, Maya and Sankara things. Please kindly keep me posted if you have new writings in that respect and if you have some good books to recommend! (cyyung789 at gmail.com)

Prithwis,
Another interesting correlation to the Indian beliefs is the word Na'vi, Which sounds like "Nabhi". The Connection between a Unborn child and the mother is through a Nabhi, and the Na'vi's are also connected to their Mother Land "Pandora" via something similar. In Ayurveda, it is believed that most of our organs are somehow connected internally to our Nabhi, and a lot of medicines are administered via the same.

Again, whether the word Na'vi was inspired from "Nabhi" can never be ascertained, but the similarity between way Na'vi connected to themselves and how a child connects to his mother is surely not something one can ignore.

Also, it would not be wrong to assume Pandora as itself a living being, with all other beings living on it and connected to it, playing some role in the overall Living Entity called "Pandora".

On a lighter side, very interesting read, who better than you to review Avatar. After all, you are the one who introduced me to the World of a parallel Virtual existence via Plane Shift and Second Life. :)

Isn't the nabhi a chakra point too? I hope more people write about the philosophy of Avatar. The theme of indigenous creatures losing their natural habitat to a corporate-controlled mercenary army is a worthy theme just as the transference of consciousness from one body to another I think. The idea of intelligent life on another planet that never went through any sort of industrialization in their evolutionary history is pretty interesting too. It makes you wonder how humans might evolve with other organism on earth if we did not continue on with our technological push. Maybe humans are just too impatient to evolve to the level of Navi so we engineer our own evolution in an artificial way with our machines and environmental conquest. But going back to this theme of transference of consciousness, I've heard about it in Buddhist thought where a meditation master 'decides' the moment of death implying he has complete control over consciousness. Is their an analog in Hinduism? Probably right? Thanks for your post. It made me think.

The idea of transference of bodies is an interesting one here. But outside the religious/transmigatory context, is this also analogical to what cinema itself does?

As we watch any 'escapist' (I use the word advisedly) fantasy , are we too transported into the body of an 'other'?

Surely, when Cameron made this (originally) in 3-D, this was part of the deal - immersion.

(Although, as I discuss in my own blog, I find it fascinating how 3-D is utilised in Cameron's film).