Located this coin among others in a locker being cleaned out. Charanpreet Singh helped me decode the text that reads 19 Zarb Murshidabad and Badshah Alam Shah 1204. Used this information to get some more information from an auction site. 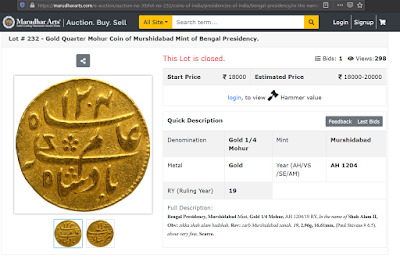 Posted by Prithwis at 7:36 am No comments: