The Angkor civilisation that flourished in what is now Cambodia between the 7th and 12 centuries represents the high water mark of the Hindu cultural influence in South East Asia. Located between the Kulen Mountains and the Tonle Sap Lake, in Siem Reap province, are the remnants of nearly 250 Hindu temples built by Khmer kings who trace their lineage to traders and adventurers from India.

Hard historical evidence of Hindu kings in Cambodia begins with the crowning of Jayavarman - II in 790 AD who built the first known temple but folklore refers to Kaundinya, a Brahmin prince as being the first Indian who came to the land of Khmers. Kaundinya's origins are lost in the mists of mythology but some say that he was from the Kamboj tribe, described in the Mahabharata as living near Gandhara. He might have been a prince who had been exiled after a palace coup or he might have been a trader who had set out from Tamralipta ( or modern Tamluk in Midnapur district of West Bengal), the well known sea port used by Hsuan Tsang to sail from India to China. After passing through the Straits of Malacca he might have run into a tropical cyclone that washed him ashore on the western edge of the Gulf of Thailand where he was befriended by, fell in love with and married the Naaga ("Serpent") princess Soma. As a royal jamai, he soon found himself in a position of power and influence and being a very energetic and industrious person he founded the city-state of Bhavapura that the Chinese knew as the powerful state of Funan. His descendants, along with more friends and acquaintances arriving from India pushed inland and created the Hindu kingdom of Angkor of which modern Cambodia is a direct descendant.

The Angkor rulers were rich and powerful kings who had the money, manpower and the motivation to build gigantic temples dedicated to the Hindu Trinity of Brahma, Vishnu and Shiva till the 13th century. However their power waned and with the rise of powerful neighbours in Thailand and Vietnam the cities and temples were abandoned, looted and left to rot in the dense jungles that swallowed them. When Cambodia was colonised by the French in the 19th century, the Europeans discovered the glorious temples but now they were in ruins ...

The Ecole Francaise d'Extreme Orient, the French equivalent of the Asiatic Society of Calcutta, and the Khmer APSARA (Authority for the Protection of the Sites and Administration of the Region of Angkor) along with UNESCO are responsible for the protection and maintenance of the temples but they have left ONE temple just as it was when the first Europeans stumbled on this masterpiece of temple art.

This is the temple of Ta Prohm built in the late 12th early 13th century by Jayavarman VII and this how the temple looks today ... [ please click to enlarge the pictures ] 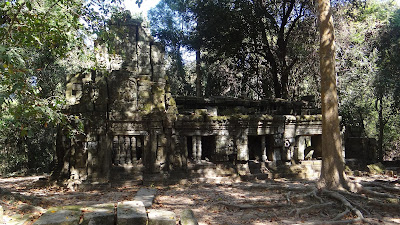 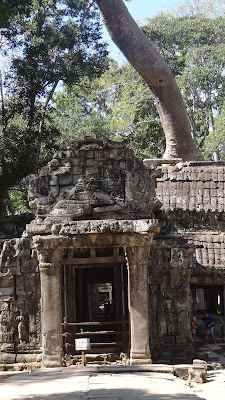 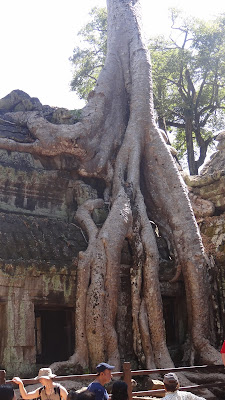 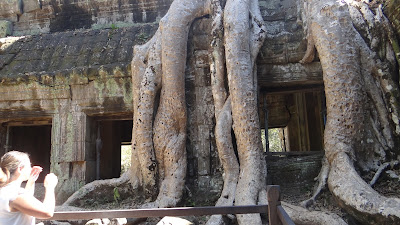 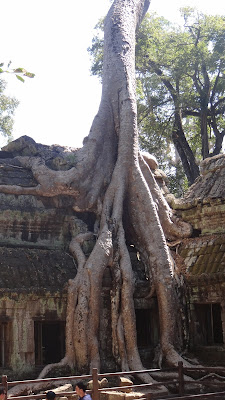 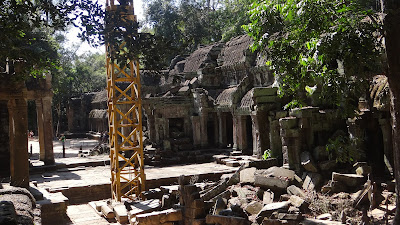 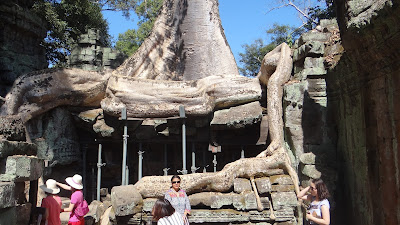 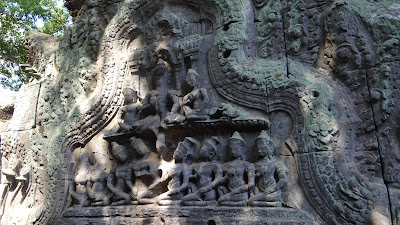 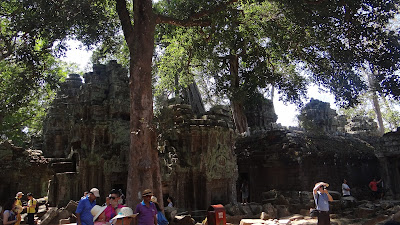 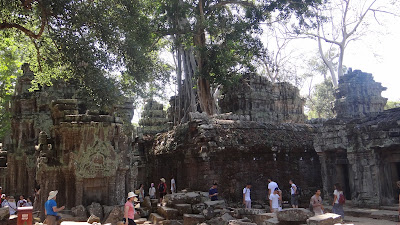 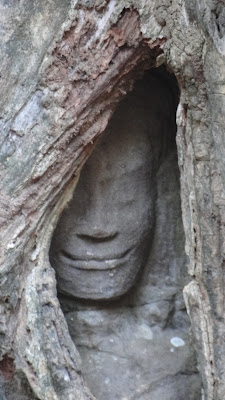 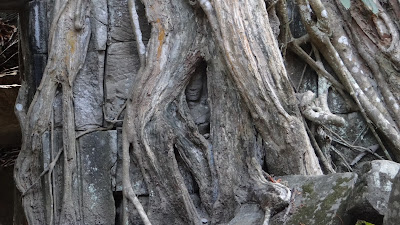 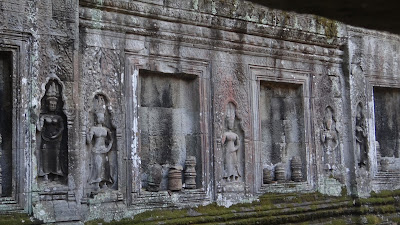 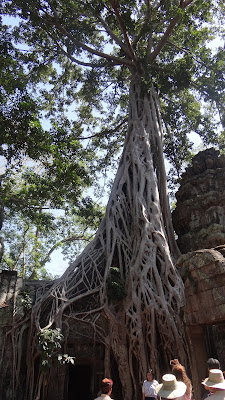 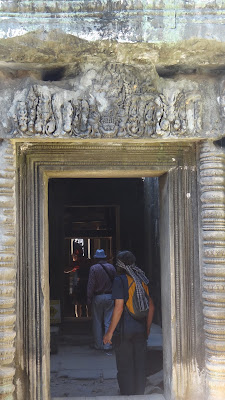 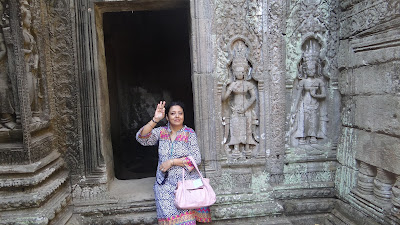 and Indira was trying to strike an Apsara pose ... 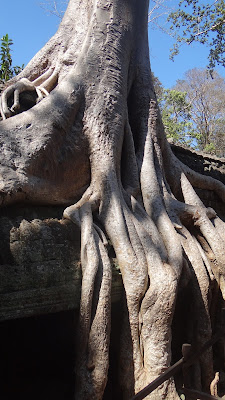 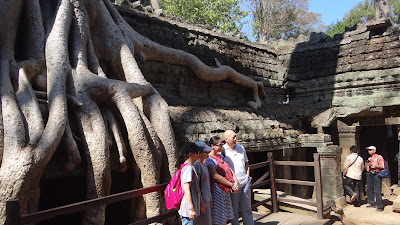 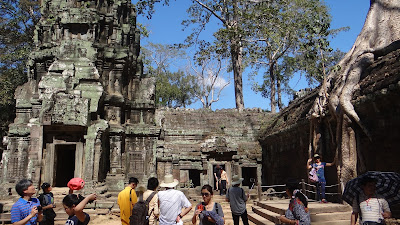 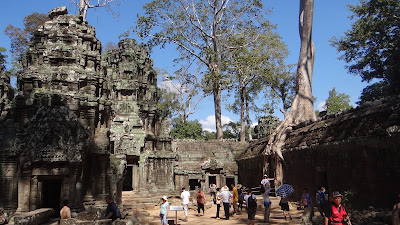 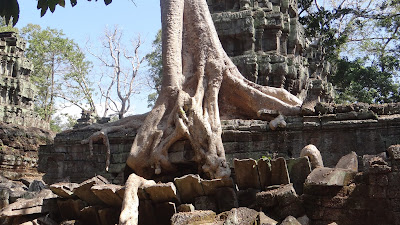 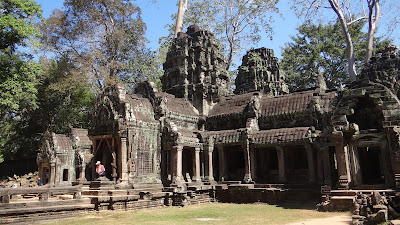 this temple is maintained by the Government of India through the Archaeological Society of India.
Posted by Prithwis at 7:14 pm