We have been living in Calcutta for so long and yet rarely do we find the time to visit the Sunderbans, a UNESCO World Heritage Site, that is just next door. The Sunderbans is famous for two things, first the Royal Bengal Tiger and the unique estuarine-mangrove ecosystems that has protected Calcutta and Bengal from the fury of many Bay of Bengal cyclones and the resultant tidal bores. In the context of global warming and the rise in the level of the sea, it is very likely that a hundred years from now the Sunderbans will get submerged and then live on only in history and in people's memory. Hopefully, these pictures will help us remember this tragic, magic land!

Our destination was the Royal Bengal Resort, near the Sajnekhali Reserve Forest

But we started off from Godkhali, 100km from Calcutta, just beyond Canning and right across the Bidyadhari River from Gosaba, one of the largest and busiest bazaar/village in the Sunderbans. 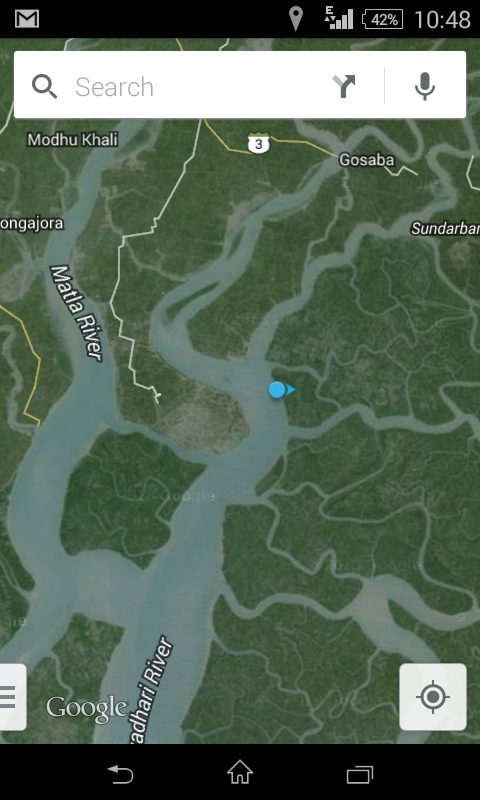 There are no roads in the Sunderbans and the only transportation is a launch or a motorized river boat. (There is hardly any fresh, sweet drinking water either, but that is another story )

and what you see is the endless vista of the dense mangrove, sundari, khalsi, hetal forests through which the launch keeps moving

the picture above shows a Hetal forest, where tigers typically hide

and when the tide goes down -- and it goes down nearly 20 to 30 feet, twice a day, you may get stuck on mud flats like this

and then you can see the birds

that come looking for crabs. Note that the red crabs have one large claw!

and as you head deeper and deeper into the dense, swampy jungle you will get to see the estuarine crocodile

crawling through the pneumatophores or aerial roots that help these tidal forests to breathe! Moving even deeper, we got a glimpse of deer and wild boar

you would notice that the deer in the picture above is "alert", with its tail up and its leg crooked. Normally this would mean that it is sensing danger and the biggest danger in the whole of Sunderbans, after the terrible cyclones, is the Royal Bengal Tiger!

Of course you need to be very lucky to spot a tiger ( or incredibly unlucky, as ten to twenty people are killed by tigers every year !) but the closest that we came to one was when we spotted these pugmarks !

and created a set of clearings where hopefully the tiger would appear.

But even though we could not see the tiger, it is an integral and dangerous part of the life of people out here. Unlike tigers in other parts of the country, the Royal Bengal Tiger of the Sunderbans is by nature not averse to attacking human since it views humans as its legitimate prey. As a result, there is hardly any village in the Sunderbans that has not lost a couple of people to the tiger in the last five years. Fortunately, the tiger will never cross a fence even though, given its immense strength, it could very easily do so and so there has been some effort to fence in the dangerous jungle -- click to enlarge and watch the next picture carefully

but the land is so vast that this is a very difficult task.

In fact, for the people who live here, there is the tiger on the land, the crocodile in the water, the soil is saline and unfit for agriculture and the absence of either roads or electricity means that there is no industry. The only option is the extremely dangerous task of gathering honey from the tiger infested forest and fishing in shark and crocodile infested waters.

and trying to eke out a living behind the levees that barely manage to keep the sea water out of their  homes.

Other than tourists like us, who go and spend a few rupees in this desolate land, the only source of succour is Bon-Bibi, the Queen of the Forest, a variation of the Divine Feminine that is worshipped all over India as well as in every nook and corner of the Sunderbans as well.

After two days of wandering in the watery wilderness of the swamps and forests, we finally headed back to Gosaba where we saw the bungalow built by the intrepid Mr Hamilton ( after whom an island has been named ) and where Rabindranath Tagore had spent some time 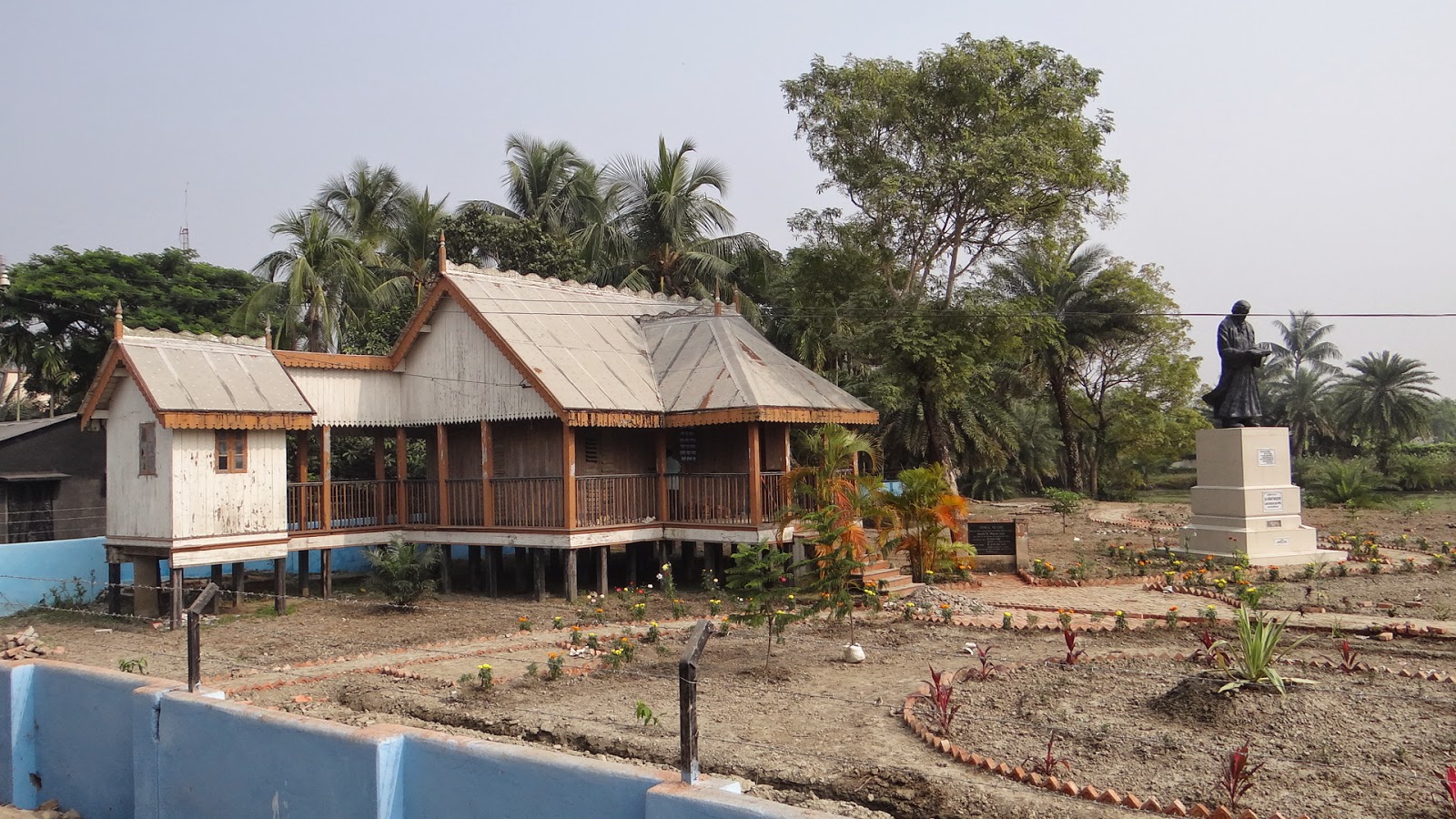 Thus ended our two nights and three days very pleasantly spent at the Sunderbans. In case any is interested in visiting Sunderbans you may contact Mr Chatterjee at 9874971845  and he will put you in touch with some very nice people who can help you travel through this difficult land.
Posted by Prithwis at 11:39 am