The Green Revolution freed India from the spectre of famine by using technology aggressively and effectively to boost agricultural productivity. Operation Flood made India not only a milk sufficient nation but also the world’s largest producer of milk. Education, on the other hand, is still one of India’s greatest weaknesses because the Government has been a spectacular failure in delivering even primary education to vast swathes of our population. The depth of this tragedy is evident when the Prime Minister has to admit that even after 68 years of independence, most of our schools do not have toilets -- let alone labs, libraries and broadband internet !


What we need is the equivalent of a Green Revolution, an Operation Flood that will give a huge, non-linear, exponential boost to our delivery model so that educational services can reach each and every corner of the country. We need both quantity and quality and we need it in the next 5 years. Is this possible ? 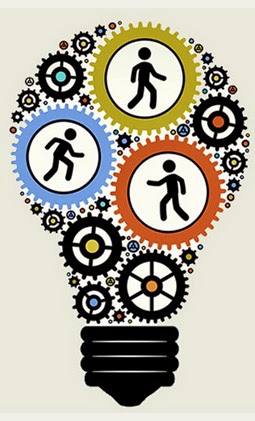 During the Second World War, German submarines were sinking so many British and American ships in the Atlantic that the entire allied war effort was in danger of coming to grinding halt. Building a new ship would almost take a year while sinking it was a matter of minutes. In this grim scenario, US and British shipbuilders worked together to create an incredible strategy that allowed to a ship to be launched in 24 days and delivered, on an average, in 42 days. At its peak, in 1943, the six US shipyards between them, were delivering three ships every day !

This was made possible by using pre-fabricated components that were freely interchangeable across different shipyards and mathematical models, like linear programming, that allowed optimisation of men, materials and time to achieve these very ultra high rates of productivity.

Let us do the same with schools !

There are 542 MPs in India and each gets Rs 5 crores under the MPLAD scheme each year for five years. That is Rs 25 crores. Let us keep apart Rs 20 crores from each MPs MPLAD fund and use it to build two new schools each constituency -- this means 1000+ new schools in 5 years ! As an incentive for the MP, the school will be named after him or her. Now can that transform India radically ?

Not quite. If funds could transform a country, then India would have become a paradise by now. The Union Budget presented in 2013 allocated Rs 20,000+ crores to primary education but no one really knows what happened to that money. What we need instead is a powerful management structure to turn this expenditure into a tangible physical asset. What are the components of such a structure ?

Spending MPLAD money ( that is tax payer’s money) to set up schools is one thing, but running them efficiently is another matter. To guard against the unfortunate reality that most government institutions degenerate over time and to prevent too much of centralisation, these “Liberty Schools” must be placed in a BOOT framework -- build, own, operate and transfer. But unlike a normal BOOT where private players build infrastructure and then transfer the same to public bodies, the process in this case will be reversed.

Let us now look at the operational aspect of running these schools.

After ten years of operation, the “Liberty schools” will be auctioned off, in a fair, honest and transparent manner to any entrepreneurial organisation that will be run the school as a private limited company with the stipulation  that between 26% - 49% of the equity in the company will be held by a trust whose trustees will be elected by the parents of the students who are currently studying in the school. This will ensure that the interests of the primary stakeholder, that is the student, is served adequately.

Education will not be free and tuition fees will be determined on the basis of actual operating expenses. However upto 90% of the fees of specific students -- chosen on the basis of economic and social parameters -- will be subsidised by a consortium of central, state, municipal and even non-governmental funding agencies. For example, if there are 1000 students in a school, the Central Government may support 200, the State Government another 200 and others another 50. So in this case, 45% students will have 90% of their fees reimbursed through a direct transfer of benefits to a bank account attached to their Aadhar card, but depending on local circumstances, these ratios would be different in each school or state. The criteria for selecting students for subsidy and the distribution of the subsidy will be managed centrally with the concurrence of local stakeholders and would be done in a manner that is transparent to the public.


For far too long, the educational establishment in India has been comfortably chewing the cud of public money and generously generating tonnes of bovine excreta, which is no doubt very useful in certain circumstances. But now the time has come to think big, think different, take a little risk, pump in some high power steroids and make it produce some real milk that will nourish our youth with real knowledge. Let us kickstart a totally new era of public education in India.
Posted by Prithwis at 6:47 am