The month of May will ring out the old government and ring in the new. Irrespective of which party wins and who gets the right to address the nation from the ramparts of the Red Fort in August, what we need is a vision, a roadmap, a set tasks and milestones that will help chart the way to peace and prosperity of this nation. This post will define the contours of such an agenda by identifying three major areas and will then propose solutions based on available and cost-effective technology. There are many areas where India lags behind the rest of the world, for example gay rights, environmental hazards and so on, but here we will focus on some three key areas that, if addressed adequately, can lead to automatic improvement in all other areas.


First is education -- a nation consisting of people who can read, write and are aware of their surroundings can solve many of its problems on its own. Which is why our political classes, despite the much hyped RTE, has kept our children ignorant. Second is corruption -- because each and every step that we take gets bogged down by the rampant theft of money. Finally we need speed in our governance. Government processes must be made to move faster so that actions can move from contemplation to completion. Education, Corruption and Speed - that should be the new mantra.

The highest priority is primary education. There are 680 districts in India and we must set up 3 new schools in every district within the next 5 years. 2000 schools at Rs 25 crores each (estimated cost, actual will be less) means Rs 50,000 crores or Rs 10,000 crores per year. This is not a big sum of money -- the CWG cost us US$ 4.6 billion = US$ 4600 crores = Rs 2,76,000 or 5 times as much  for just a 12 day 'festival' -- but even this can be raised very easily through tax free bonds. However we need an ace engineer like "Metro Man" E Sreedharan to build an organisation ( for example, see  my post Shikshajaal)  to ensure that the project delivers 2000 schools in 5 years without delay and cost overruns. As a collateral, this will generate employment for teachers.

College education need to be freed from the tender mercies of pointless bureaucracies and corrupt license-sellers like the AICTE and UGC, who, in collusion with crony capitalists, have ensured that private entrepreneurs cannot deliver quality educational services to the population. Instead we must model the education sector on the corporate sector : strip the the AICTE / UGC of its role of accrediting colleges and convert them into the equivalent of a Registrar of Companies that enforce regular audit and mandatory disclosure. Based on this information, let the market, that is students and their parents, decide which college delivers value for money and they will flock there as in the case of the stock market or any service like banking.

Finally, existing government colleges can be linked in with digital technology and be converted into platforms for online education and distance learning. This will lead to better usage of scarce resources, like good teachers, and carry higher education to the distant corners of the country where it may be difficult to attract good teachers.

Corruption is endemic to the government if not a pandemic across the nation itself. Years of cussed cynicism has made us, as a nation, willing participants in or helplessly indifferent to rampant theft of public money, goods and services. We have the Police, the CBI, the CAG, the Vigilance Commission and what not and yet each of these agencies are staffed by people like us and hence there is no guarantee of honesty. The medicine itself is fake and poisonous.  The Lokpal ( or JokePal ) will be no different. Instead, what we need is an utter, torrid, brutal and automatic transparency that is built into each and every financial transaction that involves government money.

First why wait for an RTI process. Why is it that the audited accounts of each and every organisation that deals with the disbursement of public money is not mandatorily placed in the public domain ( in XBRL format, on the internet ) so that anyone, including automated BOTS, can scan through the mountain of data and discover questionable deals. Taking this one step further, we can even bypass the formal audit part and mandate that any transaction that involves the transfer of money between public and private entities must ( after anonymising for privacy ) be made public on the web. As explained in an earlier post, such a task is far simpler that either the ill-fated UIDAI project or the reasonably successful Golden Quadrilateral project and can be executed with the minimum of fuss and effort. Using "big data" and other data analytics techniques, this huge mass of data can be analysed to show how every rupee of public money is moving through the system and then anyone -- not just the CBI, CAG, Vigilance -- can keep track of the money and detect and prevent theft and leakage.

Our government agencies move with inexcusable slowness and nothing ever gets done on time. The core issue is of course antiquated business processes that are mostly manual and error prone. Any business process re-engineering consultant will be able to improve the efficiency of virtually any government process through some Extreme Konsulting but the process will take too long before we can see any results. Instead, let us begin with a quick-and-dirty solution : Let us abolish holidays in all government offices ! No, I am not suggesting that government employees work round the clock -- the employees will get all their leave but government offices will be open 365 days a year on two shifts from 6:00AM till 2:00PM and from 2:00 PM to 10:00 PM as is the case in any manufacturing or BPO sector or even in the railways !

Working extra shifts will not need extra people -- our sarkari offices are in any case over staffed and bloated with all kinds of people who sit and do virtually nothing throughout the day. Since they cannot be sacked, laid off or retrenched, let us make them work extra hours to clear papers as I have explained in my post Who needs holidays ?

The first area of government where this should be tried out is the courts, where we all know that there is a huge backlog of cases which will, in the normal course of events, take hundreds of years to clear. A quick look at our judicial system would show that most court infrastructure -- especially the lower and district level courts -- are grossly underutilized and a two shift approach can easily double the throughput. We could make things move along even faster by introducing clever business processes that limit the time to each litigant and make sure that there is no corruption in the fixing of dates so that the time it takes to resolve a litigation can be significantly reduced. What is possible with courts can then be extended to all other departments of the government. 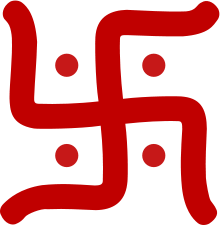 We in India, as the proud descendants of the Sindhu Saraswati civilisation that was first discovered at Harappa and Mohenjodaro and which flourished on the banks of the now lost Saraswati river, have the duty and responsibility to ensure that this nation regains the capability to lead the world again in thought and deed. To do so we need education, we need to stamp out corruption and we need to make the government move faster. That is the agenda for India in 2014.
Posted by Prithwis at 10:00 am