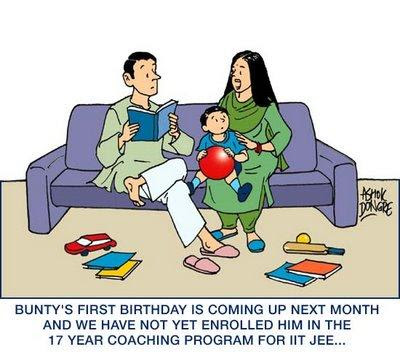 Do you think JEE entrance exams are not worth it? Though I never took them, I think they are a part of the evolution that is redefining and shaping India's intellectual credibilities.

Having studied in the state board during the most critical 2 years (+1 and +2), I know what hopelessness I was through in the name of education. I would have been much happier going through the JEE drill than 'attempt' the text book problems of the state board.

I think JEE is a very important first step in the evolution of Indian education system. As we go on, many people like you may contribute to a better system by voicing their opinions. Or am I wrong?

Sorry ..I dont agree with your views.
Abolishing JEE will allows donkeys,cats and dogs to enter IITs and spoil the excellency it enjoys.Its also the quality of students along with quality of college which makes a difference and IIT is no doubt one of the best equipped with facilities and infratructure.Govt is doing more harm by tickering in admission process of IITs

Hello Sir,
I am quite unsatisfied with your blog.Do u want that IITs stay in a row just like another college.