The Tragedy of Intellectual Property 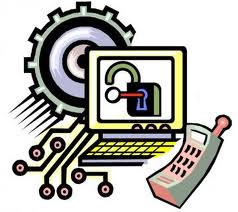 Property is something that we not only understand very well but it is also something that we have a healthy respect for. If one has a house, another would not dare to occupy it. If one has a book, another would -- in general --  never think of stealing it even though he likes it very much. But would he hesitate to have it photocopied ? Possibly not, because he would rationalise that the original owner is not losing the book -- and hence his property rights are not being violated. But what about the author of the book ? And the 10% royalty that he was expecting from a sale of the copy ? For a standard text book costing Rs 250, each time someone makes a photocopy he or she is literally stealing Rs 25 from the author’s pocket ! It is the same when someone rips a music CD, creates mp3 files and uploads it for “free” download on the internet. The real tragedy of the theft of intellectual property is not merely the financial loss suffered by the IP owner -- though that is big enough -- but that people who are otherwise honest -- and would never steal anything physical -- somehow seem to lose all their honesty when it comes to stealing intellectual property.

Theft of intellectual property, like any other property that has economic value, is a crime under the laws of the land but the difference lies in (i) the ease with which the crime can be committed -- simply copying or downloading and (ii) the difficulty in discovering the crime and locating the perpetrator. However that does not make it any less of a crime when compared to the theft of a purse or a book and the perpetrator is just another common thief or criminal.

There are two main classes of crimes that are generally committed by IT users in their personal capacity and these are :

Both piracy and plagiarism are no different from simple theft of intellectual property that is under copyright. Patent violations -- that are thefts at a corporate level -- are generally observed when companies copy products or processes patented by their rivals but this is a crime that cuts across all industries and is not something that is related to the IT business.

Should piracy and plagiarism be practiced, tolerated, condoned or encouraged ? The immediate and unambiguous answer is no -- because it is a crime under the laws of the land. But because of the widespread nature of the crime and the difficulty in preventing it -- somewhat like throwing rubbish on the road -- there has been attempts to (a) legalise it, under certain circumstances and, interestingly (b) discover some hidden merits in the process of legalisation. It is almost like legalising the production, sale and usage of cannabis and then discovering its therapeutic properties !

The stigma of crime can be removed from piracy if the software product is developed and released under an Open Source License (OSL) and from plagiarism if the original product is distributed under Creative Commons (CC). While both OSL and CC are fairly complex legal constructs with many kinds of options and exclusions, the general philosophy behind both is simple : you are allowed to copy, use and even modify the property but whatever you create by using this property must be released recursively, under either OSL or CC, as the case may be, so that someone else can also copy, use and modify it as well. Adoption of this philosophy ensures an ever expanding collection of useful intellectual property that is in the public domain and so legitimately accessible to all at no cost and hence no criminal stigma.

The immediate benefit of Open Source Software is that it allows a large number of otherwise honest, non-criminals to retain their innocent status and still have access to useful software products. In fact for almost every popular commercial software product in the market, there is a free, open source equivalent : Open Office is a replacement for Microsoft Office, GIMP for Adobe Photoshop, MySQL for Oracle RDBMS, R for SPSS, Linux for the Windows operating system and so on. Unfortunately most users are either ignorant of legitimate alternatives or are simply too lazy to locate, acquire and use these products and take the easy route of becoming petty criminals.

But why would anyone give away the intellectual property that he or she has created and release it under Open Source License or Creative Commons ? There are a number of viable business models based on free and open source products but this is not the place to explore and evaluate these models. Instead, it is sufficient and interesting to note that a large number of individuals and companies have realised that by using this model of copy-and-share they have been able to create high quality products that have resulted in the greatest good for the greatest number of people and this includes financial well being as well.
To be continued : Part II of IV
Posted by Prithwis at 3:34 pm

Should this piece be entitled part I instead of part II?