Second Edition of The Road to pSingularity 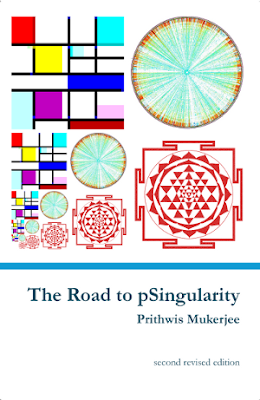 Like the fifth postulate of Euclid, the twelfth chapter of this book has been a source of discomfort both for me as well as for some of my friends and readers. The need to introduce the Divine to plug a loophole in my logic – an inevitable loophole, given the limitations of the Gödel’s Theorem of Incompleteness – was rather irritating and yet it seemed that there is nothing I could do about it. Then I met a friend who alerted me to the existence of a very simple concept that was functionally analogous and one that would allow me to bridge the gap. But does it work ? and have I succeeded in doing so ? That question is best answered by the reader I suppose.

Technology has moved significantly since the first edition and nowhere is this more evident than in the area of 3D displays. Direct connectivity between the human brain and a digital device has also improved dramatically but we are yet to reach the level of maturity that is necessary to blur the border between the real and illusory as envisaged in “Are You Real”, the experimental movie referred to in the book. In a pre-Google era, I would have tried to list down some references to these technologies but today I refrain from doing so because the reader can easily locate more recent references by searching on the web.

The final and perhaps the most important reason for this edition is that the print-on-demand technology with which this book is printed is now available in India and so the total cost of procuring this book – including delivery – is now far less. Hence after acknowledging my gratitude to Lulu.com for introducing me to this technology I have now moved over to Pothi.com who I am sure would be doing as good a job in printing and delivering this book.