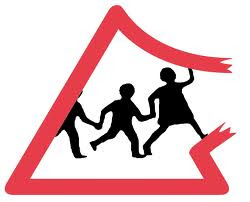 People should go to college for education, to learn,  but the unfortunate fact is that they do so for getting jobs. The net result of this situation is that colleges and universities in general and b-schools in particular continue to be obsessed with placements. Potential students, and those who 'honestly' advise them, and this includes the media, both print and digital, have a religious faith in the holiness of the placement data -- percentage placed and the quantum of solace offered -- and this data has a very high weightage in the rankings that are published every now and then.

Curiously enough, the companies that hire graduates are less enthused with with placement data -- in fact they view this data with wariness and weariness because the better these are, the more they must pay and less sure they are of being ensured of a recruit. Nevertheless they do look at these rankings for the simple reason that the 'best' students would, probabilistically speaking, go to the 'top ranking' colleges, and so the probability of the recruitment team picking up a dud lemon is relatively less. As they used to say in the past, "No one was ever fired for buying from IBM" so is the case now that "No one can be faulted for recruiting from IIM".

Totally lost in all this complication is the fact that most colleges hardly teach anything of value nor are the students terribly interested in learning anything. They have come for a job and if they must tolerate two to four years of misery they would rather grin and bear it if there is a job at the end.

Which is a truly sorry state of affairs and this why despite having the "third largest scientific and technical manpower pool in the world" there is nothing substantial that comes out of our scientists and engineers and despite having a huge pool, or ocean, of computer programmers we cannot come out with any significant software product that is a best-seller even in our own country. All we have is ill trained 'engineers' desperate to cut code in software companies that pretend to be consultancy organisations and smart-ass MBAs who believe that presentations and spreadsheets are all that is required to run a business.

Can this change ? It could if we would muster the courage to shut down all placement cells in all colleges and remove all placement data from college rankings.

But would that not be insane ? It might seem so but it need not be. Robert Pirsig in his quasi-autobiographical book, Zen and the Art of Motorcycle Maintenance about which I have written in my earlier post has explored a very similar idea as a part of his inquiry into the metaphysics of Quality. Pirsig, or rather his alter ego Phaedrus was a teacher of English composition and in his quest to improve the quality of work that his students produced came to the conclusion that grades or marks should be removed and then, and only then, will true quality emerge !

Obviously this was challenged by everyone. "Of course, you cannot eliminate the degree and the grade. After all that is what we are here for" said a student, who represented the general body. She spoke the complete truth  because the idea that a the majority of students attend the university for an education independent of the degree and grades is a little hypocrisy that no one wants to expose. [ ZAMM, Part 3, Chapter 16 ]

In the section quoted above, if we were to replace degree and grade with placement, the statement would very accurately reflect the situation that we are referring to in this post !

It would be futile for me to go through the entire logic that Phaedrus, nee Pirsig, used to justify his stance on the irrelevence of grades to education -- the reader may just as well read the chapter in its original but there are two things that we should remember here : (a) Phaedrus was fired from his job, declared insane, was given electro-shock therapy to make him forget his ideas ... BUT recovered enough to write the book which went on to become one of the greatest best sellers of the last century and earned him an iconic cult status all across the world ! and (b) Phaedrus conducted an experiment with one class where he withheld grades from the students for one whole semester and observed their behaviour, that is described in detail in the book. What is interesting is that when he polled his students BEFORE  eventually revealing the grades,  about the value or utility of this approach -- the majority of the top students, who eventually got A, favoured the system. The middle guys, B and C grades, were equally split and the worst students, those who got D and F, were vehemently opposed to the system. Which is paradoxical and contra-intuitive ! You would think that if the grade was all that really mattered then those who got A will value the grade more than those who got an F !

In fact my personal and professional experience with CAT and JEE scores is that under the malignant influence of coaching classes these scores have lost all relevence as indicators of academic merit. In fact, some of the high scorers in the JEE can barely pass their semester exams while some of the students with high CAT scores are generally the bottom of the class. In  another post,  I have suggested an alternative approach but that is a different matter altogether. What this lack of correlation -- between CAT scores and actual ability  -- means is that the vicious nexus between "best students" going to the "best ranked" schools that ensure "best placements" can be broken once and for all.

If the really good students do not care about placements ( just as the Pirsig's good students did not care for their grades) then they will not be motivated to follow the placement-based rankings. Colleges will be under no pressure to hard-sell their students, improve their placement data and use the same to get the so called best students. Recruiting companies will feel no competitive compulsion to select students from this so called best-ranked schools. The entire artificial edifice of a placement driven education will, or should, crumble.

In a sense, the artificial and unnecessary "stress" induced in the system will, to borrow a phrase from a long forgotten subject called metallurgy, will be get relieved by a natural process of annealing and colleges will go back to doing what they were initially expected to do : provide good education through a model that encourages creativity and research.
Posted by Calcutta at 5:34 pm

For most B-Schools placements is a huge selling point. And let's face it - a large number of these schools are in it for the purpose of making money. I believe it is easier to provide decent placement than provide decent quality of education. You can shed more light on the previous statement as I am sure you are an expert in that. :) The point that I am trying to make is simple - if this delinking happens, most B-Schools will lose a selling point and so they will not like to do it.

Sir, though the idea is good, but not the the one that I see be implemented (even by b-schools that agree with your point).
"Totally lost in all this complication is the fact that most colleges hardly teach anything of value nor are the students terribly interested in learning anything." - Totally in agreement.
Most students are concerned about the outcome (results) and process (learning) is gone for a toss (some credit to our couching institutes)
"They have come for a job and if they must tolerate two to four years of misery they would rather grin and bear it if there is a job at the end." - But as a student I feel what's wrong in this? Based on my little experience I wonder if there are institutes that focus on education - so if I don't get education atleast let me get a job for myself.

I hope we can all leave this rat race...

What have you been smoking?