Anybody who has filed a General Diary (GD) or a First Information Report (FIR) in a police station in India would know the utter futility of the “recording” process. A handwritten document with a couple of carbon (or photostat) copies is handed over by the complainant to the policeman and these get stored first in a file and then the files are placed in a sack and stored in some dark and dusty room. The only proof of the existence of this document is a number, again entered manually, in a ledger that is kept in the police station. These dark, dusty rooms spread across hundreds of police stations in India containing sacks of files that in turn contain the handwritten documents is the only source of information about crimes and incidents that happen in India. The people who are directly concerned with these GDs and FIRs may keep a copy in their personal custody and provide it to whoever asks for it but for anyone else, including the government itself, retrieving any document is almost impossible unless there is intense pressure from either courts or politicians. Even if anyone has the authority to do so, there is no easy way for anyone to look up the contents of any GD or FIR, evaluate complaints for authenticity or correctness or know what the police did to address the concerns of the complainant. As a result crime statistics is a matter of speculation and guesswork.

Which is a shame, because this extreme opacity in or inaccessibility of police records leaves us with a very incomplete picture of the crime situation in the country. Except in the case of well-known and spectacular crimes, no one knows what is really happening in the country and, what is worse, no one has a clue about whether the police are at all doing anything about the thousands of FIRs that are being received every day. We may argue of course that the police is understaffed, overworked and so they really cannot follow up on every possible crime. However, that does not mean that the nation should be in the dark about the exact status of crimes and the resultant action. Let us know at least what proportion of crimes are actively addressed by the police -- is it 30%? or 3%? or 0.03%? At the moment no one knows.

Using computers to record and store this information should, in principle, be straightforward because the technology required to do so is both inexpensive and simple -- a basic data entry system is all that we are looking for. However anyone who has been to a police station in India would have no illusions about the challenges involved. First there are hardly any computers and second most policemen, including officers, have very little experience with even the basic office automation tools like word processors or spreadsheets. The ambient level of computer literacy in a police station is several orders of magnitude lower than what we generally take for granted in a modern corporate office.

However the advent of mobile phones and then smartphones has had a qualitative impact on the availability of computing resources in the hands of even the commonest of citizens and, hence by extension, policemen. In particular the ability to send SMS messages is quite widespread and Uber has shown that even barely literate taxi drivers can operate a fairly sophisticated app on a smartphone. Armed with this confidence we can now explore technologies that can citizens and the police themselves can use to record incidents of crime across the country.

Ushahidi is a free and open-source software that has been developed by an eponymous company based in Africa with the aim of reporting, or “crowdsourcing”, information about “incidents” in a collaborative manner. Developed as a response to the election-related violence in Kenya, the system has the ability to accept information from a variety of sources -- SMS, Twitter, email and smartphones apps and record it in a structured and searchable database. Subsequently the information on incidents can be filtered, routed to appropriate people  or simply geo-encoded with latitude, longitude information and displayed on a Google Map. One of the important features of this system is that it is designed for areas where networks are weak and systems are primitive -- something that describes large parts of India. This system has been deployed at over 90,000 locations in many parts of the world.

An Indianised version of Ushahidi can be deployed by the central government and both private citizens and policemen should be encouraged to freely post information about “incidents” as and when they happen using any of the tools that are available. The immediate benefit is that the data is available in a persistent digital format and this can be processed locally and tracked centrally. The identity of the person posting the information can be inferred from the KYC compliant phone number from where the post originated and the location from the geo-spatial information available from the GPS or the Mobile tower.

Not all reports of incidents can be automatically treated as a GD or an FIR. People will play pranks, post imaginary or fictitious incidents or may even make genuine mistakes. This can be sorted out at three levels. First we can have automated systems that filter out pranks, second we can have a BPO style operation where a human being will look at the post and decide on its utility and finally we can have a small, central group of professional police officers who will look at and decide on the importance or seriousness of each post. If multiple people report the same event, the BPO staff or the police officers will take a call on whether this is a reinforcement of evidence or malevolent people working in concert. Once the GD / FIR is accepted, it will be communicated, by email or fax, to the local police station for necessary action. On the other hand, if a post is rejected, the person making the post will be informed and will have the right to visit a physical police station and file GD or FIR in the traditional manner. Incidentally, even at the police station, the police officer will record the GD / FIR with the same app on a smartphone or tablet, but since his identity and credibility is guaranteed, such a record need not be scrutinized any further but will be automatically accepted.

So all the data on all incidents of crime will automatically accumulate in one digital database that can be analysed for information and trends. However only those that pass the test of credibility will classified as a GD or FIR and then worked upon as required.

The best part of such of such a system is the ease with which it can be deployed. Basically, we are looking at equipping all policemen with a smartphone -- something that a vast majority of them would have anyway. Almost every police station in the country, except those located in the truly remote parts of the country, would also have access to mobile telephone towers and mobile data service so data connectivity would not be an issue.  Only at one central location, would we need to set up an Ushahidi server and have a pool of people available 24x7 to monitor and classify the information that is flowing in.  What is also required, and perhaps this is most important, would be a process, designed by a team of experienced and competent police personnel, that will ensure that information received on the Ushahidi server is classified correctly and sent to the relevant police station as soon as possible using email or fax. A mechanism to review the action taken should would also be a good idea but then the Officer-in-Charge of the local police station may resent this oversight mechanism.

Once the basic structure is in place, many refinements are possible. The smartphone apps can be enhanced to take pictures of crime scenes or scan documents, geocode them with location and time information and automatically attach it to the report. Should these reports be eventually accepted as GDs / FIRs then these images will automatically be treated as evidence in subsequent proceedings. 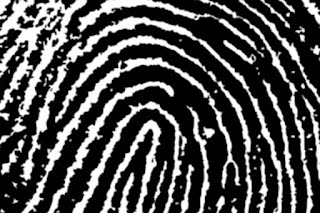 Law enforcement officials all across the world use a large number of very sophisticated computer systems to record, monitor and solve criminal cases. Police stations in India are, in comparison, very primitive and have very rudimentary systems in place and this reflects in the quality of law enforcement. But strangely enough, in the not too distant past, the police in India were regarded as global thought leaders for their use of scientific techniques in solving crimes! The Henry Classification System  that is currently used all over the world to track fingerprints had its genesis in the Calcutta Police where Hem Chandra Bose and Azizul Haque created the system that was named after Edward Henry, who was then the Inspector General of Police. After its success in Calcutta, the same system was adopted at Scotland Yard in London and subsequently all over the world.

This article first appeared in Swarajyamag
Posted by Prithwis at 10:44 am