Civilisation emerges from the lawless jungle riding on the back of a juridical system that resolves disputes through non-violent means. India has had an uneven history in this regard but the relatively stable structure that we had inherited from the British is crumbling because people are now, more often than not, taking the law into their own hands. Not because the judges are incapable, though in some cases that may be true, but because they are not able deliver their judicial services in time. Justice is being denied to large sections of the population simply because of abnormal delays. There are so many examples of this sorry state of affairs that it is pointless to give specific instances. The fact is too well known. Question is what can we do about it? Obviously there is no magic wand, no silver bullet but perhaps a technology driven, business process reengineering approach -- so beloved of management consultants -- can help.


So the first step is to take stock of every litigation, or court case, in the country. Yes, every one of 3+ crores cases needs to be captured in a searchable database, but strangely enough this not as intractable problem as it sounds. Every court in the country publishes a daily cause-list that has the essential details of every case that is scheduled to be heard on a particular day. Fortunately all this data is in digital PDF format and most of it can be found online, but in case any court does not publish the cause-list regularly it must be compelled to do so since it is a cornerstone of the juridical process. In fact it may be a good idea to have a common format for all cause-lists but even otherwise, once cause-lists are available, a reasonably sophisticated text analysis software can be developed to extract this data and convert it into a form that can be stored in a structured, searchable database for subsequent analysis..


The next step would be to track changes in the cause-list over successive dates and determine the “speed” at which a particular case is moving through the system. The biggest cause of delay in the system is because hearings are postponed, often on trivial grounds, and the next date of hearing is months away. So by tracking cause-lists over a couple of months, it would be possible to determine how many times each case comes up for hearing and what is the interval between these hearings. From this it would be possible to build up a life-history of each and every case. Some people may baulk at the sheer volume of the task and the fact that the difference-processing has to be done every day but thanks to open source technologies like Hadoop this problem can be addressed very comfortably.


Within a short period of time, this will create a real-time picture of the topology of juridical delay across the entire country. Where are the hot-spots ? Where are the biggest bottlenecks ? What kinds of cases are held up the most ? Which courts are the biggest culprits ? Which cases have been in the doldrums for the longest time ? Are some courts better than others ?  Are some judges quicker than others ? Are there any cases that have been held up for months? Can these be expedited ?


Instead of crying hoarse about delay in general, we can now seek out particular troublesome areas and focus the best minds in the juridical system to come out with specific solutions to the most difficult problems. This could involve, among other things,  moving one set of cases from one court to another or appointing, or transferring, an additional number of special judicial officers to specific courts to facilitate the “debottlenecking” of the system. Solutions will emerge once the contours of the problem are clearly visible. 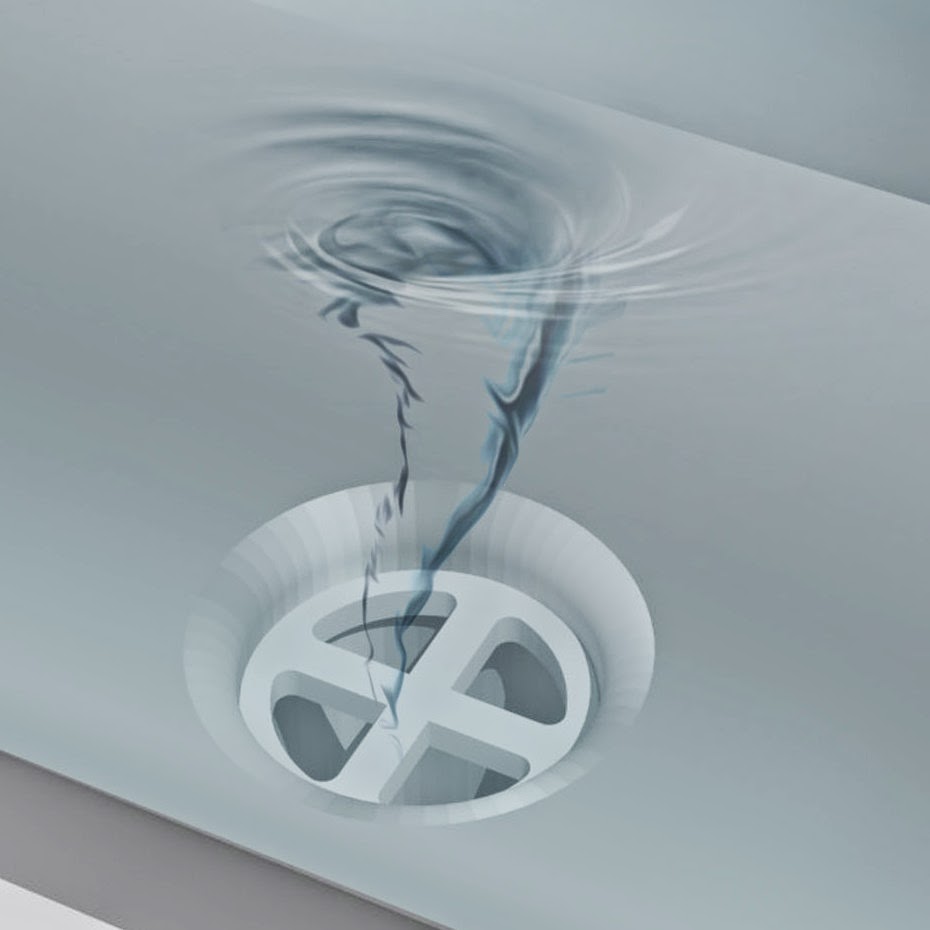 One specific approach to the “debottlenecking” problem would be to motivate judges to improve the efficiency or through-put of the system. As a key component of the juridical architecture, judges have immense authority to allow or disallow adjournments based on their personal perception of the situation on the ground and this is turn has a direct impact on juridical delay. However they have no motivation to expedite matters and, in many cases, they are indifferent to the hardship faced by litigants when cases are deferred or adjourned. So how can we induce a sense of judicial accountability ?


Continuing with our belief in measurements, we may consider a mechanism to monitor their  performance and offer a set of performance related rewards -- though this may be unheard of in government service. Those with a deeper understanding of the judicial process may come up with a better metric but one can begin with a simple metric that depends on just two factors. First the number of final judgments that a judge delivers every month, and second, the number or fraction of judgements of a judge that are subsequently overturned on appeal at the next level. The first would be a measure of speed and the second would be a measure of quality or reliability of the work done by a judge. By creating a composite metric that gives an appropriate weightage to both factors, namely speed and reliability, it should be possible to measure the performance of most judicial officers in the country. This simplistic measure may not be appropriate for those judges who are seized of complex matters like constitutional law or international jurisprudence but should be good enough for the vast majority of those who are involved in the more run-of-the-mill cases -- and this would constitute the vast majority of cases that are clogging the system. Such a mechanism is no different from a formal performance appraisal system that is used by most well managed corporate organisations to evaluate all but the most senior members of the management. It should not be beneath the dignity of any judge to evaluated in a similar manner especially because the evaluation would be done within the framework of the juridical system of the country and not by any external agency that may have a malafide agenda.


Going along with the corporate analogy, it may be good idea if judges were to view themselves, less as some lofty dispenser of justice and more as a provider of dispute resolution services. From this perspective, a litigant is no more supplicant begging for relief but a customer who, through his court fees and taxes, is paying for the resolution of a dispute. If judges can reconcile themselves to the fact that the relationship between a litigant and a judge is no different from that  between a customer and a vendor, then  many of the best practices of the corporate world can be transferred to the rather archaic corridors of the judiciary.


The easiest way to ensure faster disposal of cases is to dramatically increase the number of judges, particularly in the lower courts were most cases are stuck. Fortunately, India is blessed with a large, educated, middle-class population, many of whom are trained lawyers and who would love to work as judges. So it may not be too difficult for a central agency like the UPSC to evaluate and recruit another 15,000 judges over the next three years. But where will they sit ? and hold court ? Recruiting so many judges may still be feasible but building so many courtrooms would be impossible. Again, we need to think differently.


Why not have all courts, except perhaps the Supreme Court, work on two shifts on every working day? So with the same physical infrastructure of courtrooms we can have twice the number of judges, hopefully delivering twice the number of judgments every month. Given the overstaffing, endemic to any government office, there would neither be any need for additional staff nor for any extra record rooms but judges may have to share an office with another one if he or she stays on premises beyond the shift hours. So net-net the capacity of the Indian juridical system can be effectively doubled quickly without incurring any significant capital expenditure and without the delay involved in constructing thousands of courtrooms.


In fact if we view juridical services to be as important for the country as, say electric supply, railways and telecommunications then there is no reason why judges should not work in two shifts. But again this calls for a significant change in the perception of the work done my judges -- they are not dispensing any largesse, they are simply providing a service to a customer.


Monitoring performance of judges and operating courts in two shifts would represent a radical change in the way the juridical system operates in the country and would surely be met with stiff resistance from those who are entrenched and benefit from the current way of doing things. No change is painless but if the key stakeholders can be convinced or coerced through an competent process of change management to agree to a more corporate style of delivering judicial services, then it will surely lead to a significant improvement in the speed of delivery of justice in India.

The judiciary have been enabled to be unaccountable to notions of law, equity and fair play by the executive and superior courts through social engineering appointments and immunity from impeachment among other things and by the Constitution that has enshrined exceptions to both the Rule of Law and Equality under law in the Indian Constitution. Apart from eroding competence and integrity, the resultant culture has bred insouciance and arbitrariness of a very high order. The deleterious effect of this on the National character has been as extreme as the corrosion of education for political convenience. Today the Courts are defenders of the four important principles of any Banana Republic, "Just because you did it does not mean you are criminal", "Just because the statute book says so, does not make your actions a crime", "Evidence lies in the perception of the judge", and "Just because you did not do it, does not mean you are innocent".
It is unlikely that anything will change until: (1) Inequality under law and exceptions to the rule of law are expurgated from the Constitution and laws of India. (2) Bribe Taking is defined as criminal extortion or treason and made a capital offense with special rules of evidence and special courts with summary powers (akin to a Military Court Martial). (3) All court proceedings are video graphed and archived for public viewing and can be used as evidence to prosecute Judges and Magistrates at all levels under special laws and special courts with summary powers akin to a military Court Martial, for insouciance, negligence, tardiness, disregard for law and propriety, behaviour unbecoming of a Judge such as lack of etiquette and manners, (4) every job on the "Public" i.e. Government Pay Roll has specific and unique Key Responsibility Areas, Key Performance Parameters and Objectives for which they are held accountable on pain of summary dismissal for non-performance or life imprisonment for treason for sabotage under special laws and special courts with summary powers akin to a military Court Martial and (5) India creates an Ombudsman Service of reemployed and retrained military officers (Colonel and Below, JCOs and NCOs) who retire before 50 to serve as presiding officers, investigating/prosecuting and enforcement officers at the afore mentioned "Special Courts", one for every taluk with powers to arrest, incarcerate, try and punish any and all from the President of India to a peon in accordance with the Special Laws framed therefor.