India : A failure of management -- Aadhar 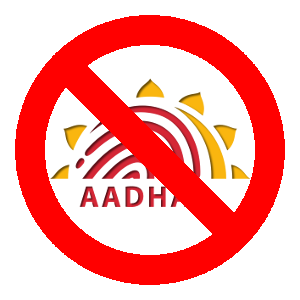 The failure of Nandan Nilekani and the UIDAI to introduce the Aadhar card into the the mainstream of India's economic life is one more example of management failure in India. What is most frustrating in the case of Aadhar was that there was a clear need for Aadhar, patterned on the US Social Security Number, and the biometric technology was very much in place to uniquely identify each "warm body" and connect him or her to a unique number. Yet we failed - Why ? Let us study this in a little detail and then try to generalise the same for other similar projects across the country.

I believe that Aadhar failed because of a combination of one or more of the following reasons :

Point 5 led to the solidification of public resentment against Aadhar to the point that other, more substantial,  objections like (a) the right to privacy that was being blatantly violated and (b) the immorality of data collected with government funds being handed over to a foreign private body -- that few people had a clear idea about, became red-hot issues that the nation started talking about. The resultant tsunami of public opinion against Aadhar was something that roiled around the country and when it reached the doors of the Supreme Court in the form of a PIL, there was little that the judges could do but agree with the petitioners  and remove all the compulsory features of Aadhar and reduced it to the level of another petty loyalty card from retail chain !

So ends the Aadhar story but in this lies the story of many other failures in India where despite having the technology and the money to afford it, we simply cannot implement a solution. Consider ...
The problem is neither with technology nor the money to afford it. The real problem lies in our collective inability to manage contradictions and put all the processes together so that we can deliver a solution that is necessary for our citizens.

Or in short we simply cannot manage the entire process because as a nation we, at all levels starting from the gram panchayat all the way to Rashtrapati Bhavan, lack the basic managerial skills that are necessary for a country to progress and prosper.

So, what is the solution ? Should the Government of India open a 100 more IIMs in the country ? Unfortunately if the IIMs had any clue about how to really manage anything India would have been very different today. The answer is far more complex and will be explored in a subsequent post.
Posted by Prithwis at 12:40 pm

Email ThisBlogThis!Share to TwitterShare to FacebookShare to Pinterest
Labels: government