Bitcoins - A first look at a new currency

Bitcoin is a new "currency" that has caught the imagination of the world and I thought it may be worthwhile to step in and see what it looks like. But before that what is Bitcoin ? 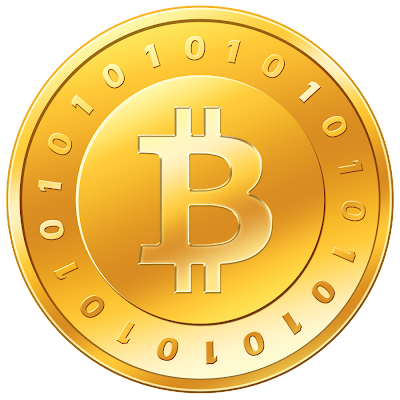 A Google search on the topic will lead to lots of fairly detailed explanations but let me summarize what I have understood so far.

So how do you enter the Bitcoin economy ?

In the case of gold you can either lease land, buy mining equipment and employ people to get the gold out of the ground or  you can buy it at a jewellery store. Even simpler is if you by units of a Gold based mutual fund and store it in a demat account. Bitcoins are similar. You can "mine Bitcoins" using heavy duty servers or you can "get" or "buy" Bitcoins and store them with you.

Mining Bitcoins is a complicated process and I decided to stay away from it. Instead my focus was on acquiring some Bitcoins, but even if you want to acquire you need a place to store it. You need a wallet.

A wallet is a piece of software that is identified with a long string of numbers. This software can be located on your desktop or laptop machine ( like having a safe built into the wall of your house to store gold, cash ) or you can get an online wallet hosted by vendor ( like having an demat account with a depository or a cash account with a bank )

I opened an account with Blockchain and created my wallet with this identifier 1AoD4Ax1xHtwPCa99GbiQo86Bya77Hu8Bo The next challenge is to fill the wallet with some Bitcoins.

Where do you get Bitcoins ? You can join a Bitcoin mining consortium, offer your internet connected machine for running the "mining" program and get a tiny share of a Bitcoin if and when your consortium gets a Bitcoin.

Or you can search Google for places where you can get free Bitcoins. I visited Bitvisitor and entered my wallet identifier (given above ) and pressed submit. This leads through a series of websites where you are required to spend 5 minutes at the end of which a tiny fraction of a Bitcoin was credited to my wallet. This was good but far too slow. After spending hours, I just had less than a thousandth of a Bitcoin !

Clearly something faster was required !

Then I remembered Second Life and the stash of Linden Dollars that I had accumulated as my avatar called Calcutta Cyclone. Now to extract my Linden Dollars and convert them to Bitcoin. This is possible through an account in the Virtual World Exchange.

This takes time because this transaction must be agreed to by a large number of Bitcoin servers who must confirm that there was no double spend. This process can be accelerated by paying higher fees but I was patient and after a couple of hours, the transfer was formally recognized by the Blockchain server.

So now I have a clean pile of Bitcoins in my wallet. I can either withdraw this money as US Dollars through my Paypal account, which will show up in my Standard Chartered Bank account, or -- and this what I intend to do, I will use it to pay for website domain payments. If and when Bitcoins become more acceptable to mainstream eCommerce platforms then I would be able to use them on Flipkart or eBay.
Posted by Prithwis at 2:46 pm 2 comments: