Modern nation states and governments have evolved from robbers and dacoits who extorted money, now known as taxes, from terrorised medieval populations and this behavioural pattern is encoded in the DNA of modern administrative structures. This is true even though they claim to be representative or even democratic. This tendency to extort money has been a common feature in India, and perhaps the world as well, ever since the days of Ashoka, Akbar, the British Raj and the current Sovereign, Socialist, Democratic Republic ! 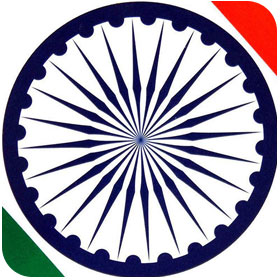 Why do I say so ? Consider the following ..

You sell property and  you are slammed with a huge Stamp Duty. Any money paid should be in lieu of a service delivered but what service does the state deliver ? All that it is doing is that it is recording a transaction that shows a transfer of ownership. Why should the fee for doing so depend on the value of the transaction ? After all the effort required is the same ... But then realisation dawns when you notice that the fee structure is identical to that set by real extortionists and criminals on contractors who are building roads and highways -- a percentage on the value of the contract !

But if you think that this is unjust, then consider these extortions.

Now look at the reverse transaction. Suppose you were to sell a property and you are now liable to pay Capital Gains Tax on the difference between the cost of acquisition and the sales price. Here again, the sales price is determined arbitrarily by the Government irrespective of what you have actually realised as payment.  Once again the presumption is that you under invoicing the transaction and receiving some "black money" that you are not showing on your books. So  you are presumed guilty and made to pay the tax.

So both parties involved in a property transaction are deemed guilty of concealing the truth, using black money and both are penalised. Why is this so ? Ostensibly, this is because the government does not have the ability or the intention to detect real criminals and so they penalise everyone. This is as ridiculous as sending everyone to jail for three months on the assumption that they must have committed a crime that the Government could not detect.

But the real reason is the DNA that the Government has inherited from the robbers of the medieval era !
Posted by Prithwis at 7:32 am

The possible judicial expenses (Not at all justified in India) can be cited as a reason for stamp duty.
Of course these are unjust. But unless it is proven, the system will run as it always has been.