The Strange Rock Formations of Dubrajpur

In the little town of Dubrajpur, near Shantiniketan, Birbhum, West Bengal, there is an area called the "Mama Bhagne Pahar" that is scattered with a large number of huge boulders. Obviously, these are very old rocks, most likely to be remnants of a basaltic pipe that would have pushed through some cracks on the surface of the earth many many years ago. Since then the ravages of time and weather have removed the softer soil leaving the hard rocks standing naked on the ground.  Subsequently aeons of heating and cooling have cracked the rocks leaving them in odd shapes for people like us see and wonder. Here are some pictures of the place 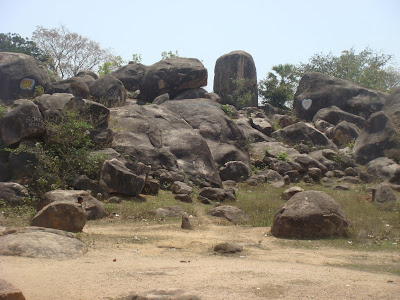 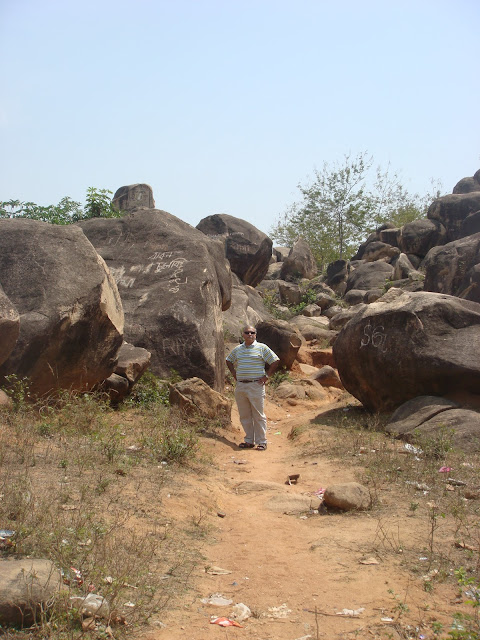 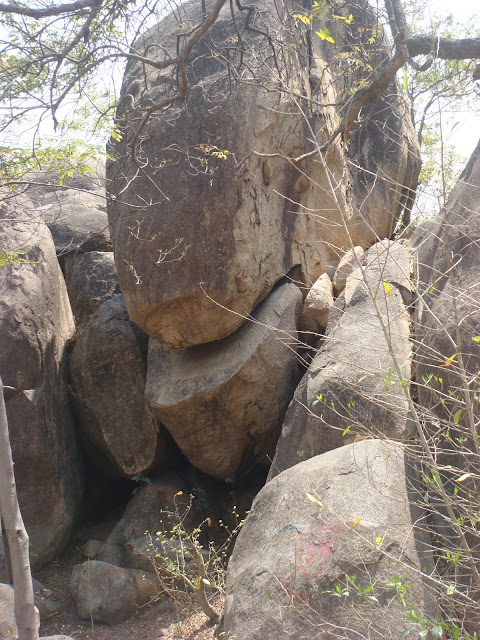 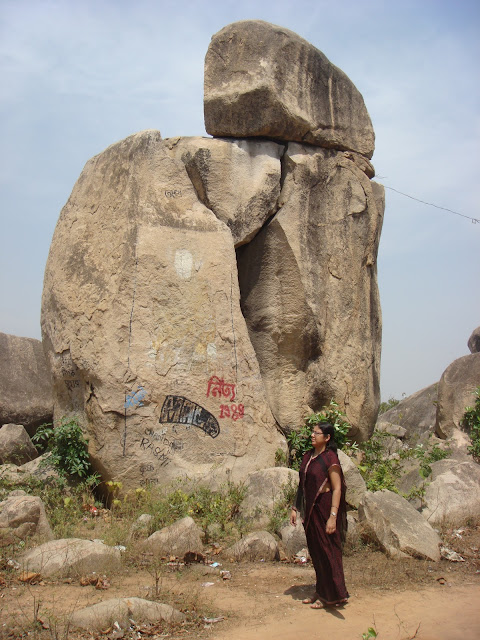 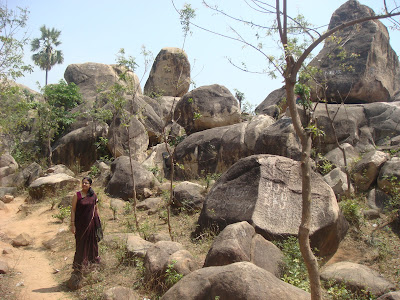 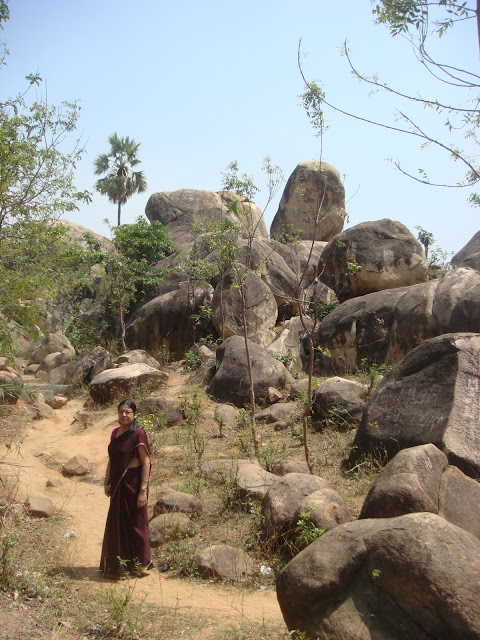 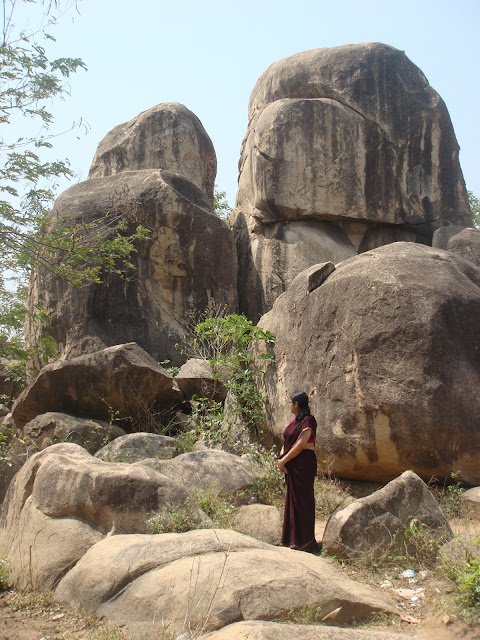 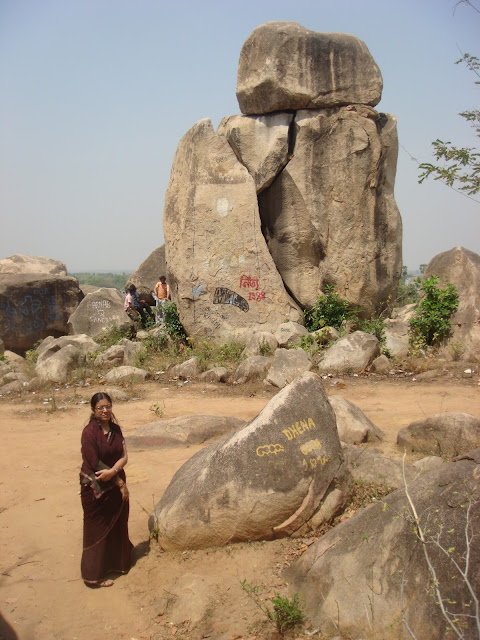 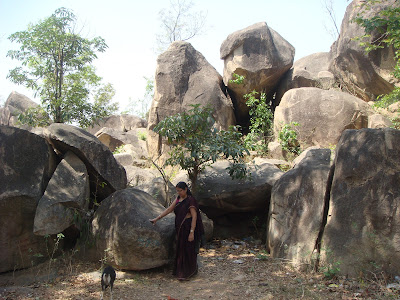 Unfortunately, like most places of tourist interest, the entire area is dirty and ill-kept. There is garbage and rubbish everywhere though there has been some sporadic effort to create a park out of this natural bounty but the results are very disappointing.
One of these huge boulders has been sanctified as Lord Shiva -- in the avatar of Pahareshwar, the Lord of the Mountains -- and there is a small temple built in his honour. Next door to this Mama-Bhagne outcrop are the ruins of the palace of the Zamindar of Hetampur -- which have now been converted into a school. 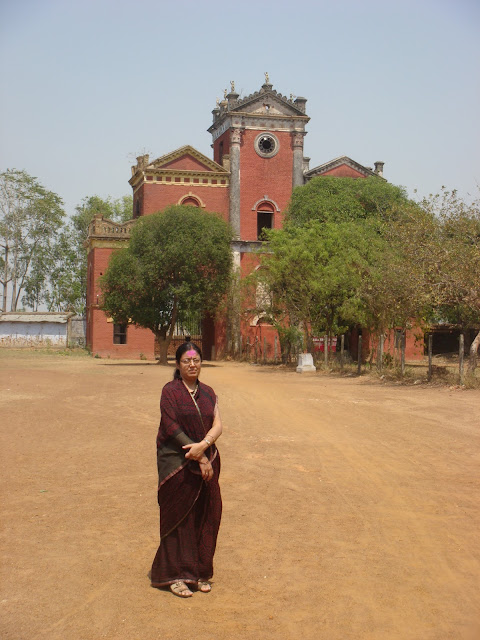 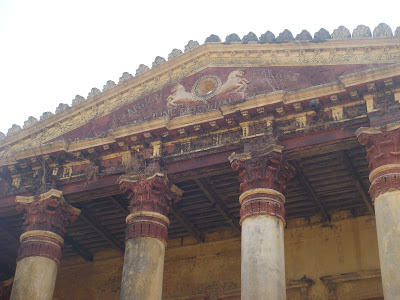 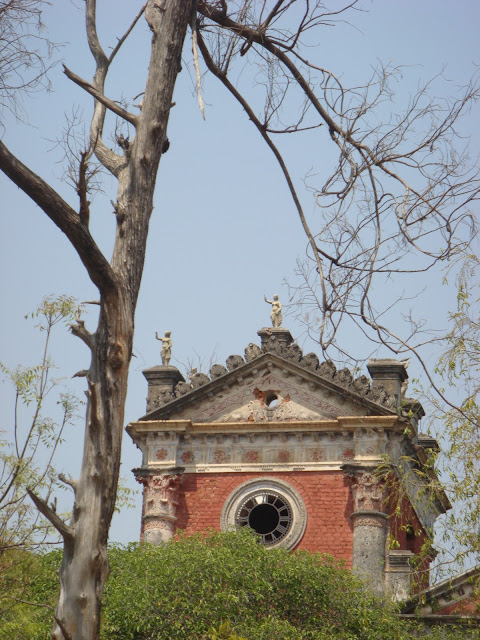 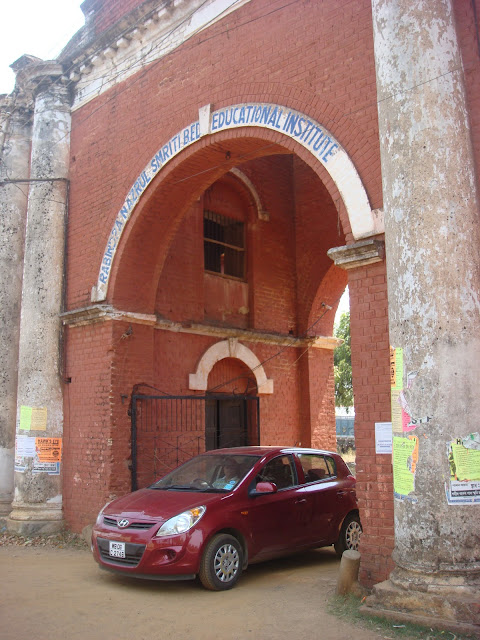 If only the Zamindars would have had the sagacity to convert this palace into a luxury hotel, Dubrajpur with its natural attraction of the Mama-Bhagne Pahar could have become an exciting trekking and tourist destination.
Posted by Calcutta at 2:20 pm