from Merely Online to Viral with a Vengeance

Print media is fast losing out to its online cousin -- at least that is the story in the more developed societies. Actually the word developed has a rather embarrassing connotation to the extent that it implies that we in the non-developed world are somehow barbaric, but if we can swallow our pride on this then it is a fact there is a gulf of difference between the markets of North America, Western Europe and some pockets in the Far East on one hand the rest of the world on the other. What is this difference ? First per capita income and buying power and what is most important for the purpose of this article, broadband penetration.

Broadband penetration translates into a change in lifestyle -- eCommerce, net banking, social media and of course in the way we consume information, and it is this last change that is cause of much grief in the upper echelons of media ownership. Print media is feeling the heat as it loses market share to online media.

What does it mean in terms of advertising ? Before we answer that question, let me ask you what is the business that Google is in ? You may say search, you may say online video -- through YouTube, you may cloud computing but if you are really perceptive you would realise that it is a pure play advertising company. In fact if you cut to the chase, then all media companies are advertising companies -- their main business is to sell ads. Or for that matter to sell advertising space to mainline businesses and the content they carry is simply a way to increase the value of the space that they sell. The COST of an ad  in college magazine is the same as that in Economic Times but the PRICE that ET can charge for the same ad is far more than what a college magazine can charge is because it is surrounded by information that a far larger number of people would be interested in. The hook is the same but because the bait is better you catch more fish and so you are willing to pay more the same hook. In the case of Google, they sell ad space packaged inside their search engine or YouTube videos and since these are very popular their ads can be priced higher. ( In reality, Google's ad service has some pretty advanced features, but that may not be very relevant to our discussion here )

An extension of the same logic allows us to see that putting an ad in an online journal is more likely to be effective than an equivalent ad in a print journal and this logic is apparently correct because Google ( and other online ad servers ) seem to be growing in strength at the cost of the traditional media.

Let me ask you a question : I presume you are an active user of the web but tell me how many times have you actually clicked on an ad on a web page ? I will not answer on your behalf but in my case it is very, very rare. When we reach the web we are more interested in reading the page or watching the movie who bothers about clicking on that ad ?

Perhaps it is different in the more "developed" societies where the change in lifestyle is more substantial and where many more things are being done through the online route but back home, here in India -- and by extension, in areas that are geographically or demographically similar -- clicking on an ad is an exception rather than the rule. Someday, oh surely someday we shall overcome this indifference and click on an ad just as we have started visiting Pizza Hut or Cafe Coffee Day, even though the food or beverage they serve is not substantially better than what is available in the friendly neighbourhood dhaba ! But until then is there a way to make people click on a link ?

There is ! in social media sites like Orkut, Facebook or the more eclectic sites like Slashdot and Digg ! When we visit Facebook or Slashdot we are actively looking sites to click on because they have been referred to us by our friends !

When I visit Slashdot -- and I am geeky kind that loves difficult to find information on an assortment of eclectic topics -- I actually click on the link that my friends, even anonymous "friends" have recommended simply because I have developed a level of trust in their judgment. It is more likely than not that the sites that I am pointed to would be of interest to me. In a more mundane sense, so is the case with Facebook. If someone I know recommends a book, or a video or an article in Facebook, I am more likely than not to go and check it out.

So unlike the ad of Google AdSense that are routinely displayed next to a article in an online journal, the strike rate -- or click-through-rate as it is referred to -- is far higher in social media and this is where we hit the sweet spot in online marketing. And what makes it even better is not only do I click on link, if I like it I recommend it to my friends and the chain continues -- and you have the genesis of viral marketing.

But can viral marketing be used as a substitute for direct, in your face advertising of traditional products from say FMCG products or white goods ? My social media friends may be intrigued by my references to Nayontara, my wife's musical band, or the Road to pSingularity, my explanation of the cosmos or may even click on a link that tells them to save the last 1411 tigers left in India but would they forgive me if I ask them to visit a Sunsilk ad ? or a DoCoMo commercial ? Unlikely.

That then is the real challenge to viral marketing. How to make it palatable and not an imposition on my "friendship" ? The trick is -- or should be -- to blend the ad into an ambient environment that is fundamentally useful or interesting. Google does it by blending the ad into its search results. Some movie directors do this by blending lifestyle products into the lifestyle that is being portrayed by the actor -- 007 and the Aston Martin, but on the whole it is easier said than done.

Viral marketing is nice. It gets you the clicks that you would never have got in a traditional online ad but the real difficulty is to use this powerful medium to advertise traditional products like detergents  or services like insurance. How can one achieve a harmonious blend of soft social media advertising and the hard ads that actually pull in the big money ? The answer, as in the case of all such difficult questions, is that it is not easy. There is no silver bullet.

One approach could be build niche social networks -- not around hard products or services, but around broad based themes. For example health insurance or prepaid telephone tariffs or around personal grooming or even around consumer grievance redressal. Such networks if managed honestly and without overt bias may provide the platform on which viral marketing techniques might come of age and grow of out of amateur adolescence and into commercial adulthood.

Physical creation of such networks is not difficult. Services like Ning and SocialGo will allow you to create such networks very easily -- and with all the usual bells and whistles like friends, blogs, forums, videos, chat, mail and what not -- but the next challenge is to enroll a critical mass of people to participate in the network.

Alternatively one can work on building sub-networks withing the more traditional public networks like Facebook where flexibility is less but the reach is far higher -- it already has millions of members! Fan Pages and Causes within Facebook could be looked upon as such sub networks but the difficulty is that the major public networks are not very tolerant of blatant advertising -- unless of course they are designated as ads and paid for. But in that case, the viral effect is lost and it becomes just another online ad.

Net-net, the potential of viral marketing on social media is huge but making it really work calls for ingenuity, experimentation and of course hard work. The field is so new that there is very little hard theory, only anecdotal folklore to guide the intrepid explorer and the best way to learn about it is to jump in and try out various options till you get a feel of how the whole thing works.

On the web, there are many things that are free  but unfortunately, lunch certainly is not one of them.
Posted by Calcutta at 10:51 am No comments: 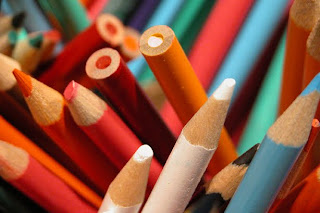 "You can lead a horse to the water, but you cannot make it drink"

In the context of enhancing the delivery capabilities of the education system, we should perhaps rephrase the statement as "You should lead a horse to the water, but desist from spoon feeding it"

As it is, those who manage to get into IIT -- either at the UG or the PG level -- have their originality and creativity ironed out of them, or at least significantly degraded, by the coaching classes that tutor them for the entrance examination. To compensate for this, teachers in IIT must go the extra mile to erase the effect of cramming and learning by rote -- the hall mark of a successful coaching class -- and awaken in their students a sense of wonder about the world of knowledge and instill in them the confidence of stepping out of their zone of comfort and address intellectual challenges of the highest degree.

What this could mean in practice is a reduction in the importance of the text book and examinations as tools and the progressive usage of the world wide web, as well as the library, as a way to not just gather facts but also publish analyses and interpretations into the public domain.

The Indian education system is perpetually dominated by the grim dark clouds of an examination -- right from kindergarten, all the way through X, XII, JEE, CAT, mid terms, end terms and comprehensives -- and a person's "success" is measured by marks obtained at every step of the way. Here the definition of success is debatable but instead of splitting hairs on this let us explore what all we can do.

Obviously, this lethal cocktail of text books and examinations cannot be done away with completely -- the system would collapse into an unstructured academic anarchy -- but four specific ideas could be introduced.

Tracking the "Chatter" in Social Media

Have you ever wondered what "they" are talking about "out" there in the social media ? What are they talking about more ? Google ? Microsoft ? or IBM ?   Now you can have all the answers from Omgili.com with charts like these ..


or coming back to India who is more popular in the network Katrina Kaif ? or Priyanka Chopra ? or Shilpa Shetty ?

Check it out, it is fun.
Posted by Calcutta at 6:46 pm No comments: